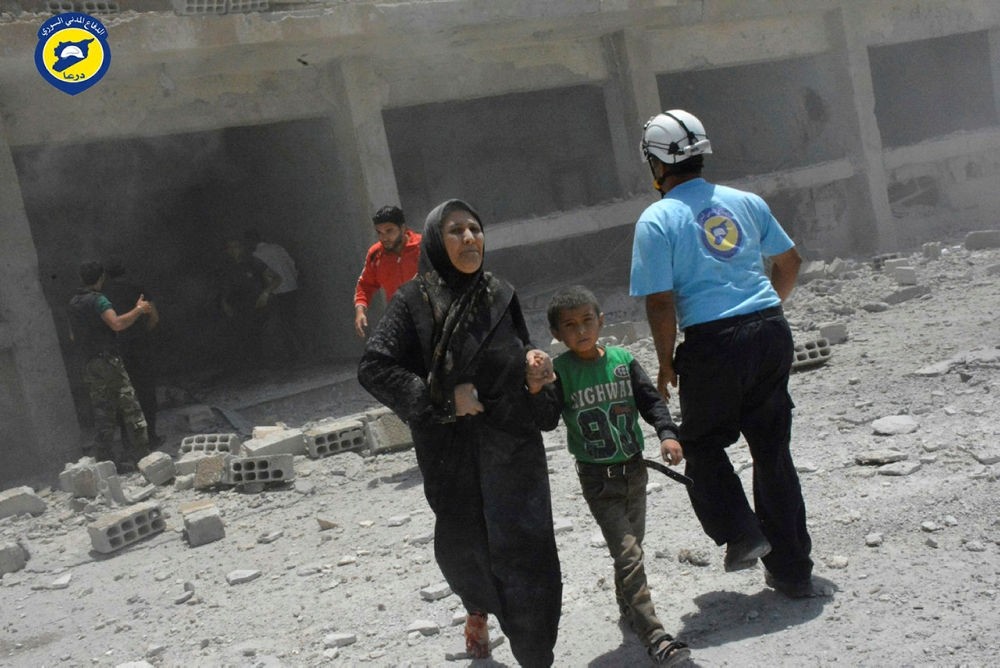 Civilians rushing out of the damaged buildings after airstrikes hit a school housing a number of displaced people, in the southern Daraa province of Syria. (Syrian Civil Defense White Helmets via AP)
by Anadolu Agency Jun 17, 2017 12:00 am

Assad regime has declared a 48-hour cease-fire in the southwestern Daraa city, starting as of 12 noon local time (0900GMT) on Saturday, the Defense Ministry said.

In a statement published on its website, the Ministry said that the military operations against the opposition forces in Daraa would be halted for 48 hours.

Since June 3, the Syrian regime had been heavily attacking the city's opposition-held areas.

Guarantors Russia, Turkey and Iran had agreed on May 4 in the Kazakh capital, Astana, to establish "de-escalation zones" in war-torn Syria.

The zones would cover the city of Idlib and certain parts of Latakia, Homs, Aleppo and Hama as well as Damascus, Eastern Ghouta, Daraa and Quneitra.

Syria has been locked in civil war since March 2011. According to UN's spe-cial envoy for Syria, Staffan de Mistura, around 400,000 people have died in the conflict while half the population has been driven from their homes.