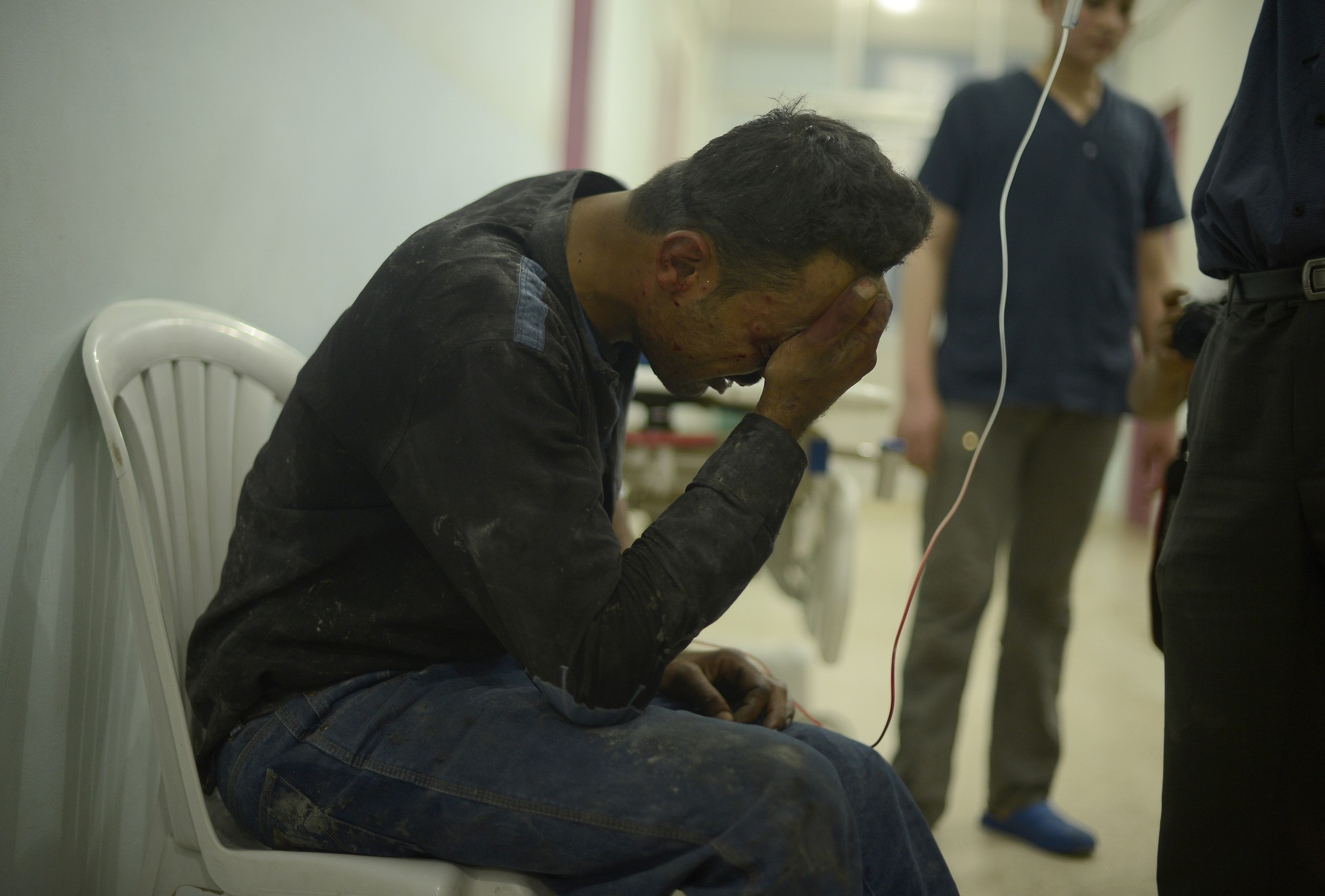 Syrian man waits while his relative is being treated at the Kilis State Hospital in Turkey after an overnight PYD attack in Aleppo's Marea district. (AA Photo)
by Daily Sabah Jun 18, 2017 12:00 am

Four civilians were killed and 20 others were injured in an overnight attack by the PKK's Syrian offshoot the Democratic Union Party (PYD) in northern Allepo's opposition-held Marea district in Syria on Sunday.

According to a statement by Turkish Armed Forces, four members of a family, including 22-year-old Mahmoud Naccar and a 13-year-old girl, were killed after PYD attacked residents in Marea with mortar fire.

The statement said the terrorist group deliberately targeted the civilian homes located in the city center. The injured civilians were brought to Turkey's southern Kilis province for treatment.

The Turkish government considers the PKK/PYD to be the Syrian offshoot of the PKK, a designated terrorist organization by Turkey, the U.S, and the EU.

However, the U.S. has worked with the PKK/PYD/YPG as a partner in its battle against Daesh in northern Syria.

The PKK resumed its armed campaign against the Turkish state in July 2015. Since then, it has been responsible for the deaths of some 1,200 security forces and civilians, including women and children.