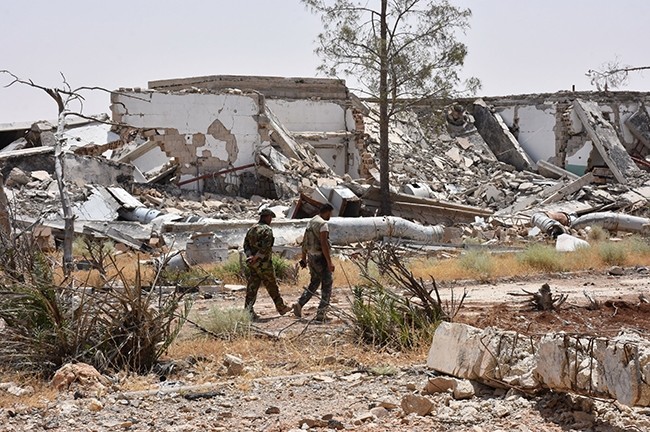 A suicide bomber blew himself up at the entrance of a bus station in the central city of Hama on Thursday, killing at least three people and wounding 11, according to Syrian state-run TV.

The midday explosion occurred at the usually busy station where buses depart to Mesiaf, in the Hama countryside. Explosions are rare in the city, which is controlled by Assad regime forces.

Al-Ikhbariya TV quoted Hama governor, Mohammad al-Hazouri, saying that a suicide bomber blew himself up at the entrance of the bus station while being inspected by security forces, killing three people and wounding 11 others, two of them in critical condition.

The TV had said earlier that the explosion killed three people in total. It was not immediately clear if the third was the suicide bomber.

Hama saw some of the largest protests against Assad regime in 2011 that were quickly quelled. The city has remained under the control of government forces throughout the country's civil war, now in its seventh year.

Assad, who rarely travels outside his capital stronghold of Damascus, attended prayers at a mosque in Hama on the first day of the three-day Muslim al-Fitr holiday late last month.