US, Russia reach deal on ceasefire in southwest Syria 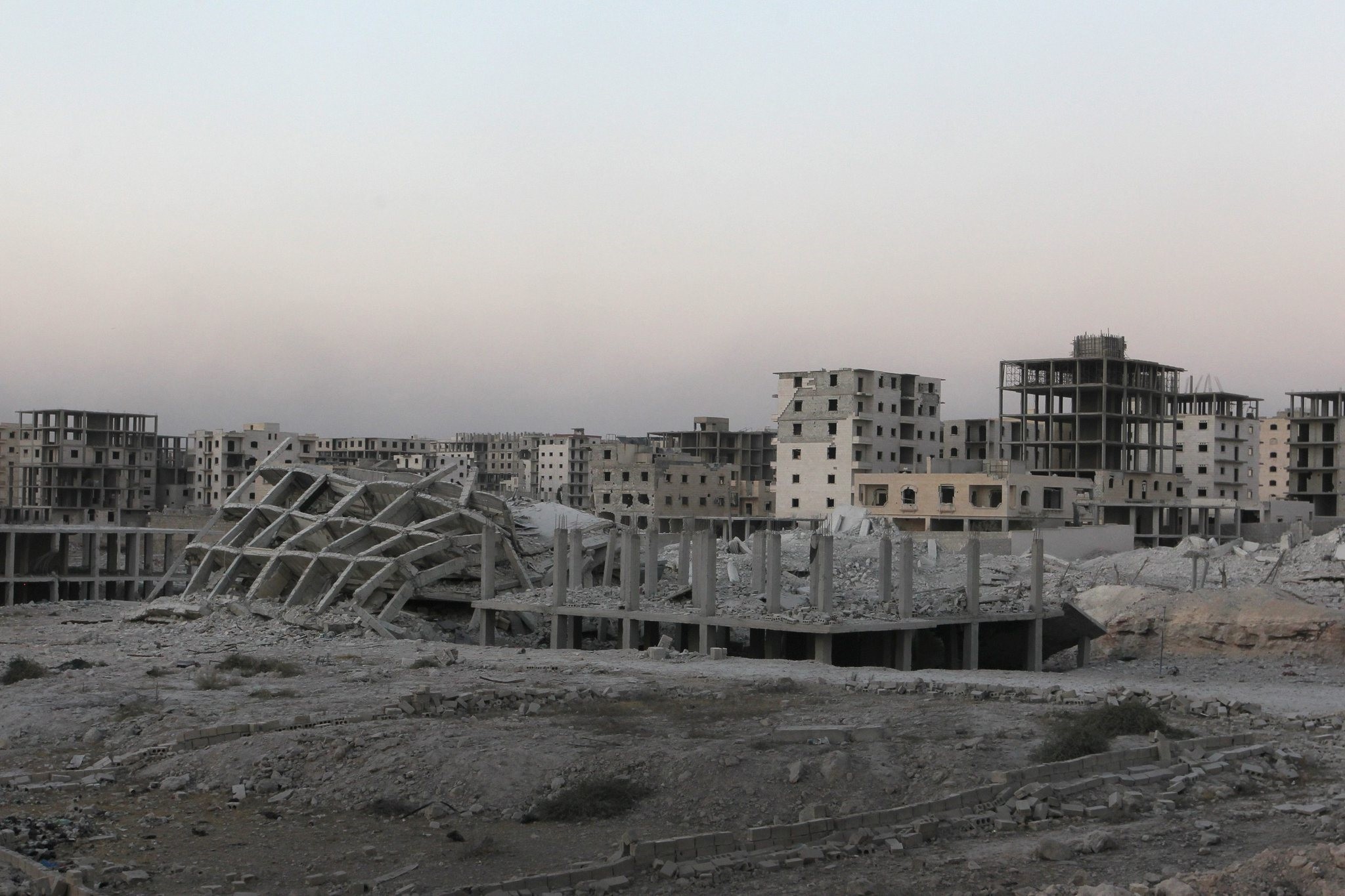 The deal marks a new level of involvement for the Trump administration in trying to resolve Syria's civil war. Although details about the agreement and how it will be implemented weren't immediately available, the ceasefire is set to take effect Sunday at noon Damascus time, said the officials, who weren't authorized to discuss the ceasefire publicly and spoke on condition of anonymity.

Jordan and Israel also are part of the agreement, one of the officials said. The two U.S. allies both share a border with the southern part of Syria and have been concerned about violence from Syria's civil war spilling over the border.

The deal is separate from an agreement that Russia, Turkey and Iran struck earlier this year to try to establish "de-escalation zones" in Syria where violence would be reduced. The U.S., wary of Iran's involvement, was not a part of that deal. Follow-up talks this week in Astana, Kazakhstan, failed to reach agreement on how to finalize a ceasefire in those zones.

Previous ceasefires in Syria have collapsed or failed to reduce violence for long, and it was unclear whether this deal would be any better.

Earlier in the week, Assad's army had said it was halting combat operations in the south of Syria for four days, in advance of a new round of Russian-sponsored talks in Astana. That move covered southern provinces of Daraa, Quneitra and Sweida. Syria's government briefly extended that unilateral ceasefire, which is now set to expire Saturday — a day before the U.S. and Russian deal would take effect.

The new agreement to be announced Friday will be open-ended, with no set end date, one U.S. official said, describing it as part of broader U.S. discussions with Russia on trying to lower violence in the war-ravaged country. Officials said the U.S. and Russia were still working out the details as Trump and Putin concluded their more than two-hour meeting on Friday.

Implications for Syria aside, the deal marks the biggest diplomatic achievement for the U.S. and Russia since Trump took office. Trump's administration has approached the notoriously strained relationship by trying to identify a few limited issues on which the countries could make progress, thereby building trust for a broader repair of ties.

The U.S. has been resistant to letting Iran gain influence in Syria — a concern shared by Israel and Jordan, neither of which wants Iranian-aligned troops amassing near their territories. A U.S.-brokered deal could help the Trump administration retain more of a say over who fills the power vacuum left behind as the Daesh is routed from additional territory in Syria.

Though U.S. and Russian officials had been discussing a potential deal for some time, it didn't reach fruition until the run-up to Trump's meeting with Putin on the sidelines of the Group of 20 economic summit in Germany, officials said.

Yet ahead of the meeting — Trump's first with the Russian leader — Secretary of State Rex Tillerson signaled that Syria war would be high on the agenda and potentially the most fruitful area for cooperation given the dismal state of relations between the U.S. and Russia overall.

Tillerson said in a statement before departing for Germany that the U.S. remained open to cooperating with Russia through "joint mechanisms" to lower violence in Syria, potentially including no-fly zones.

"If our two countries work together to establish stability on the ground, it will lay a foundation for progress on the settlement of Syria's political future," Tillerson said on Wednesday.

The Trump administration has struggled to determine how actively to involve itself in Syria's civil war, beyond the U.S.-led fight against Daesh there. Although Trump has backed away from the previous U.S. administration's steadfast demand that Assad leave power, the limited U.S. military forces on the ground in Syria have grown more assertive in recent months, especially as the prospect that Daesh will soon be defeated has increased the urgency of discussions about Syria's political future.

In recent weeks, U.S. forces have shot down a Syrian regime aircraft that got too close to U.S. forces as well drones believed connected to Iranian-backed forces aligned with Assad — another sign of U.S. concern about Tehran's influence in Syria. Earlier this year, Trump also ordered airstrikes for the first time against Assad's forces, aiming to punish him for using chemical weapons.

Some of those steps have deepened the rift between the U.S. and Russia over Syria, complicating efforts to work together. Russia, which has bolstered Assad through an aggressive air campaign in recent years, had troops at the Syrian regime air base when the U.S. struck. And after the U.S. shot down the Syrian regime plane, Russia warned it would start considering U.S.-led coalition aircraft over Syria as potential targets.

Tensions have been on the rise recently in southern Syria amid a renewed Assad offensive on the contested province of Daraa where Western-backed opposition forces, as well as militants, challenge the Assad regime's control. Iranian-backed Hezbollah fighters have shifted south after the Russian-backed ceasefire that was announced in May and have been getting closer to the border with Jordan, raising concerns in the kingdom.

Israel has also struck Syrian regime installations on several occasions in the past few weeks after shells landed into the Israeli-controlled side of the Golan Heights Golan Heights.