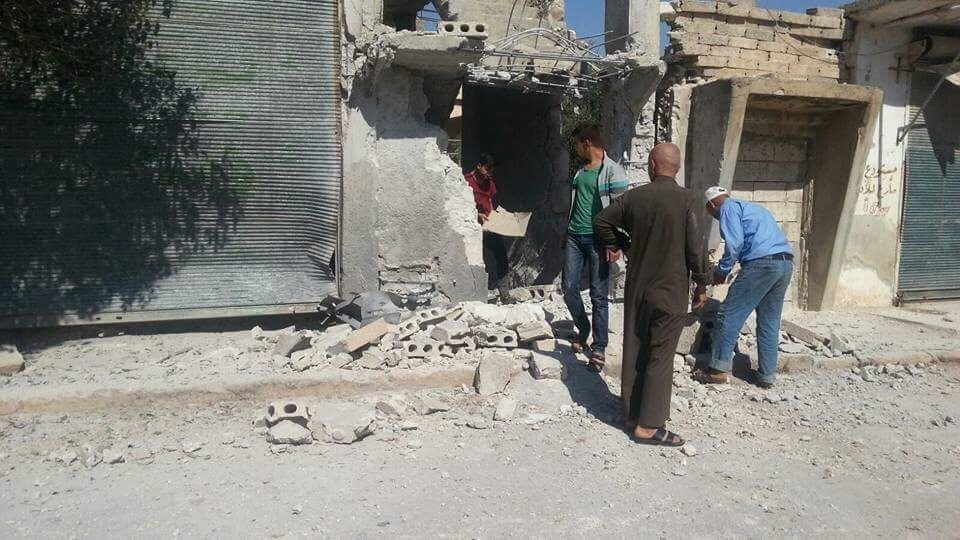 The PKK's Syrian affiliate, the Democratic Union Party's (PYD) People's Protection Units (YPG) militia has been carrying out continuous attacks in northern Aleppo's Mare town months after the town was liberated from Daesh by the Turkey-backed Free Syrian Army (FSA), the Turkish military said on Tuesday.

According to a statement by the Turkish Armed Forces (TSK), the Arab civilians in Mare - one of the towns that could be considered an 'oasis' when compared to others amid the aggravated conflict after the liberation- came under attack several times by the YPG's mortar attacks recently.

"Many were killed and injured after the attacks targeted civilians, including women and children," the statement said.

"The Turkish army retaliated in kind against the assaults and has been helping FSA fighters take necessary measures to protect the civilians in the town."

The PYD continues carrying out its aim of changing the demographics of northern Syria by forcing Arab and Turkmen populations to migrate while also oppressing Kurds who do not share their political ideology.

Human rights organizations, including Amnesty International and Human Rights Watch, have accused the PYD and YPG of committing other violations such as extrajudicial and arbitrary detainment and killings.