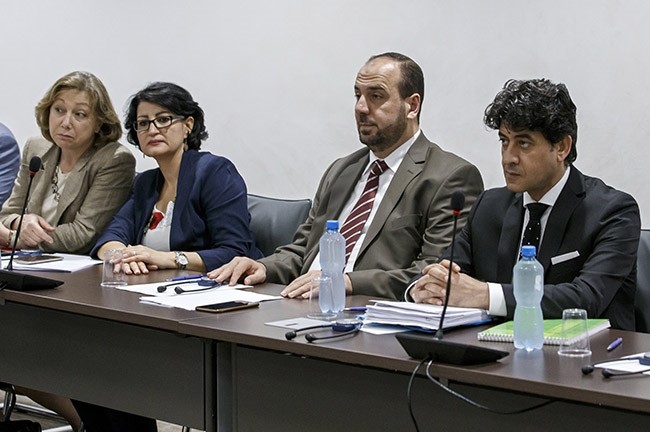 The head of the main opposition delegation at ongoing talks regarding peace efforts in Syria in Geneva Nasr al-Hariri called on the U.N. Wednesday to put pressure on the Assad regime following its "refusal" to join in negotiations.

"We asked the [regime] envoy to hold to his responsibility to defend a serious political process. We have provided our political positions in detail about transition. If there is to be a real intention to have political transition, the regime must be held responsible for engaging in this process. We are asking the United Nations to put pressure on the regime and its allies to negotiate seriously," Hariri told reporters after meeting U.N. envoy Staffan de Mistura on the third day of the latest round of Syria peace talks.

On uniting the opposition groups at the peace talks in Geneva, Hariri said: "We have opened the door with the Moscow/Cairo group. This is out of our own will, not under pressure.

The seventh round of Syrian peace talks began Monday. According to the UN, this round of talks will focus on four topics: Syria's constitution, governance, elections and the fight against terrorism -- the same issues which have been discussed previously.

This May, the sixth round of talks ended without progress.