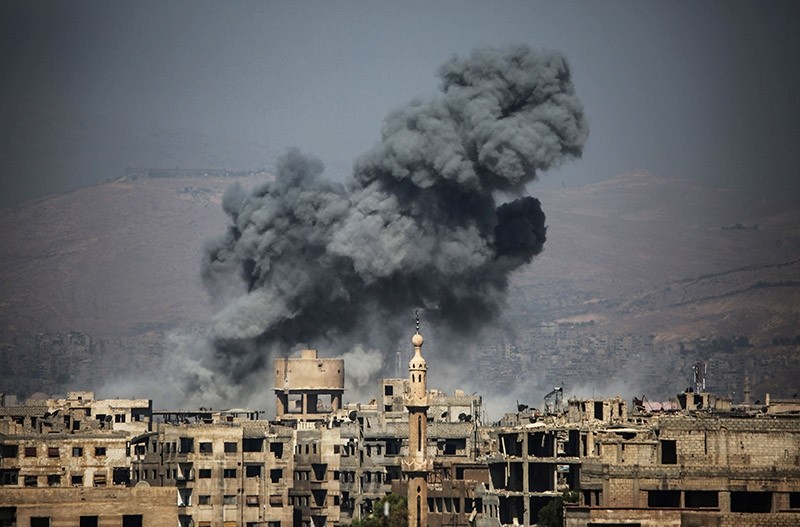 Smoke rises from buildings following a reported air strike on the opposition-held town of Ayn Tarma, in Syria's eastern Ghouta area, on July 7, 2017. (AFP Photo)
by Daily Sabah with Agencies Jul 23, 2017 12:00 am

Syrian government warplanes carried out several air strikes in the Eastern Ghouta area east of Damascus on Sunday, a day after the Syrian military declared a cessation of hostilities in the area, the Syrian Observatory for Human Rights said.

The British-based monitoring group said Saturday had been relatively calm after the ceasefire took effect with isolated incidents of shellfire.

On Sunday, six air strikes hit the towns of Douma and Ain Terma in opposition-held Eastern Ghouta, it reported.

The Assad regime announced Saturday ceasefire in the East Ghouta region of the capital Damascus, according to the regime's Defense Ministry.

The ministry said in a statement that the regime stopped its "military operations" in some areas of the East Ghouta region adding: "Any violation [of the ceasefire] will be responded to accordingly."