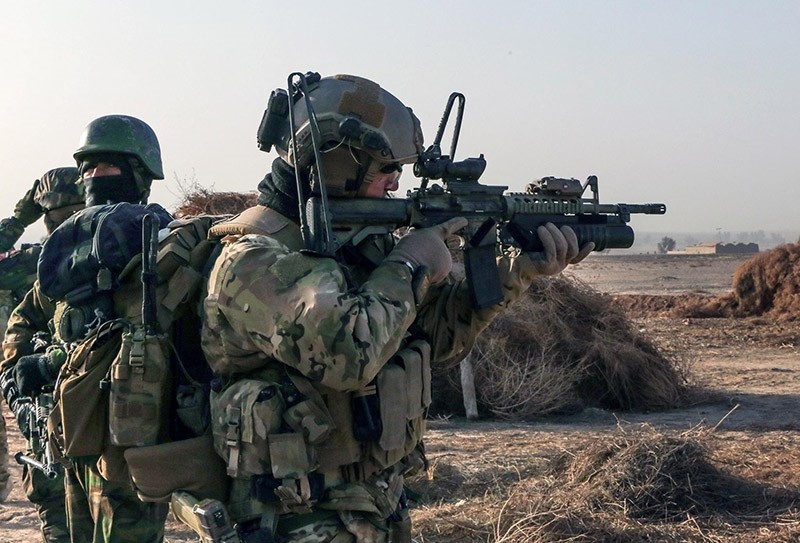 Ten Russian servicemen have been killed fighting in Syria so far this year, according to statements from the Defense Ministry.

But based on accounts from families and friends of the dead and local officials, Reuters estimates the actual death toll among Russian soldiers and private contractors was at least 40.

That tally over seven months exceeds the 36 Russian armed personnel and contractors estimated by Reuters to have been killed in Syria over the previous 15 months, indicating a significant rise in the rate of battlefield losses as the country's involvement deepens.

Most of the deaths reported by Reuters have been confirmed by more than one person, including those who knew the deceased or local officials. In nine cases, Reuters corroborated a death reported in local or social media with another source.

The data may be on the conservative side, as commanders encourage the families of those killed to keep quiet, relatives and friends of several fallen soldiers, both servicemen and contractors, said on condition of anonymity.

The true level of casualties in the Syrian conflict is a sensitive subject in a country where positive coverage of the conflict features prominently in the media and ahead of a presidential election next year that incumbent Vladimir Putin is expected to win.

The scale of Russian military casualties in peacetime has been a state secret since Putin issued a decree three months before Russia launched its operation in Syria. While Russia does not give total casualties, it does disclose some deaths.

Discrepancies in data may be explained partly by the fact that Russia does not openly acknowledge that private contractors fight alongside the army; their presence in Syria would appear to flout a legal ban on civilians fighting abroad as mercenaries.

Asked about Reuters' latest findings, the Defense Ministry did not respond.

Kremlin spokesman Dmitry Peskov told reporters Wednesday that Russians private citizens fighting alongside the Syrian army are volunteers and the Russian Defense Ministry did not send them to Syria.

"If there are Russian citizens in Syria as volunteers and so on, they have nothing to do with the state," Peskov said in response to a question about the Reuters story on a daily conference call with media.

The government has previously denied understating casualty figures in Syria, where Moscow entered the conflict nearly two years ago in support of the Assad Regime, one of its closest Middle East allies.

Months after soldiers die, Russia quietly acknowledges some losses, including private military contractors. Their families get state posthumous medals and local authorities sometimes name schools, which fallen soldiers attended as children, after them.

Of the 40 killed, Reuters has evidence that 21 were private contractors and 17 soldiers. The status of the remaining two people is unclear.

Little is known about the nature of operations in Syria involving Russian nationals. Russia initially focused on providing air support to Assad forces, but the rate of casualties points to more ground intervention.

The last time Russia lost airmen in Syria was in August 2016, and it suffered its first serious casualties on the ground this year in January, when six private military contractors died in one day.

Reuters has previously reported gaps between its casualty estimates and official figures, although the difference widened markedly this year.

Russian authorities disclosed that 23 servicemen were killed in Syria over 15 months in 2015-2016, whereas Reuters calculated the death toll at 36, a figure that included private contractors.

One private contractor whose death in Syria was not officially acknowledged was 40-year-old Alexander Promogaibo, from the southern Russian town of Belorechensk. He died in Syria April 25, his childhood friend Artur Marobyan told Reuters.

Promogaibo had earlier fought in the Chechen war with an elite Russian paratroops unit, according to Marobyan, who was his classmate at school.

He said his dead friend had struggled to get by while working as a guard in his hometown and needed money to build a house to live with his wife and small daughter.

Last year he decided to join private military contractors working closely with the Russian Defense Ministry in Syria and was promised a monthly wage of 360,000 rubles ($6,000), about nine times higher than the average Russian salary.

According to multiple sources, Russian private military contractors are secretly deployed in Syria under command of a man nicknamed Wagner.

Private military companies officially don't exist in Russia. Reuters was unable to get in touch with commanders of Russian private contractors in Syria through people who know them.

"I told him it was dangerous and he wouldn't be paid the money for doing nothing, but couldn't convince him," Marobyan said, recalling one of his last conversations with Promogaibo.

According to Marobyan, he got the job offer at a military facility belonging to Russia's military intelligence agency (GRU) near the village of Molkino. The agency is a part of the Defense Ministry and does not have its own spokesperson.

The Kremlin did not reply to requests for comment.

Promogaibo went there for physical fitness tests and failed twice. He was accepted only after showing up for the third time having losing 55 kg after seven months of training.

"He left (Russia) in February," said Marobyan, who only learnt that his friend had been killed in Syria when his body was delivered to his hometown in early May.

One more person who knew Promogaibo said he died in Syria.

Reuters was unable to find out where in Syria Promogaibo was killed.

Igor Strelkov, former leader of pro-Russian rebels in eastern Ukraine who stayed in touch with Russian volunteers who switched to battlefields in Syria, said in late May that military contractors from Russia recently fought near the Syrian town of Homs alongside Iranian-backed Hezbollah.

51-year-old Russian Gennady Perfilyev, a lieutenant colonel, was deployed in Syria as a military adviser. He was killed in shelling during a reconnaissance trip April 8, his former classmates at Chelyabinsk Higher Tank Command School said.

"Several grams of metal hit his heart," Pavel Bykov, one of his classmates, told Reuters.

One more classmate confirmed to Reuters Perfilyev was killed in Syria on a reconnaissance trip.

His name has not appeared in the Defense Ministry's official notices of military deaths in Syria.

He was buried at a new heavily guarded military cemetery outside Moscow where visitors have to show their passports and are asked at the entrance whose grave they want to visit.

On Perfilyev's gravestone, his name and the date of his death are covered by his portrait.

Several other servicemen killed in Syria and buried nearby also have photos obscuring their names and the dates of their death, which if visible would make it easier to trace how and where they died.

Names on other graves, of non-Syrian casualties, were visible.

Asked if this was a special secrecy measure, a cemetery official, Andrei Sosnovsky, said the names were covered up temporarily until proper monuments could be built.

Russia's Defence Ministry the report about a rise in the losses suffered by Russia in its military campaign in Syria, calling it "a lie from beginning to end", Russian news agencies reported.

"This is not the first time that Reuters is attempting to discredit by any means Russia's operation aiming to destroy Daesh terrorists and return peace to Syria," the agencies cited Defense Ministry spokesman Igor Konashenkov as saying.