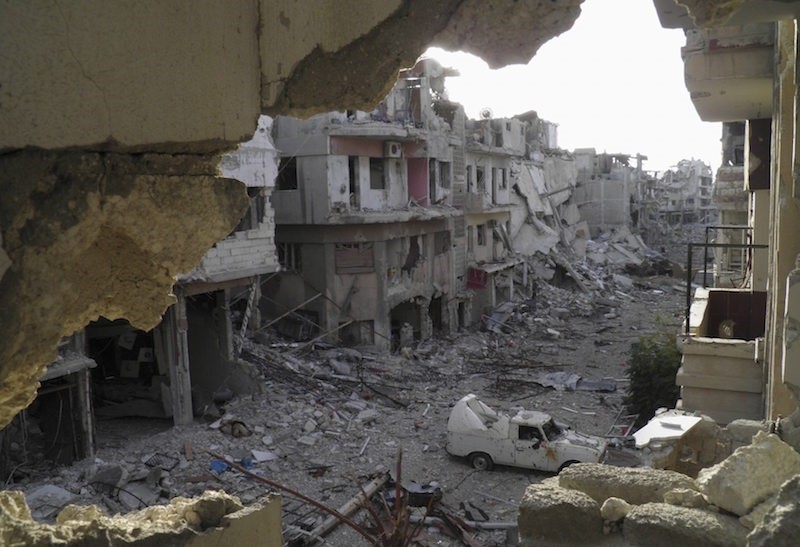 Syrian regime forces and "moderate" opposition will begin adhering to a ceasefire Thursday in northern parts of Homs province after Russia struck a deal with the opposition on implementing a safe zone, Moscow said.

Konashenkov said Moscow and Syrian opposition groups had reached an agreement on the "operational details" of a "de-escalation zone" north of the city of Homs at talks in Cairo on July 31.

The zone is the third to be established in Syria under a Russian-led initiative aimed at halting fighting in four areas between President Bashar al-Assad's forces and rebels.

It covers 84 towns and villages with a total population of 147,000 people, Moscow said.

Russia has been behind a push to pacify Syria since the start of this year after tipping the six-year conflict in favour of Assad with its game-changing military intervention in 2015.

Konashenkov said Russian military police will set up two checkpoints and three observation posts on Friday along the boundaries of the zone dividing the two forces.

Rebels had agreed to "unblock" part of a road running through the safe zone between the cities of Homs and Hama and a "Committee for National Justice" made up of rebels and local groups would help oversee the implementation of the plan, he said.

The northern parts of Homs province were recently being shelled by regime forces and hit by intermittent air strikes.

Towns in the area were among the first to fall to Assad's opponents in 2012 after a revolt against his rule.

They have remained outside the hands of jihadist groups including the Islamic State (IS), which do not fall under the Russian deal.

Russia last month struck a deal with the United States and Jordan for a ceasefire in another southern zone, where Moscow has now deployed its military police.

Under a second agreement sealed with rebels in July Russian forces also set up two checkpoints and four observation posts in an area covering conflict-ravaged Eastern Ghouta near Damascus.

Under a plan hammered out between Russia, Turkey and Iran at peace talks in Kazakhstan one more safe zone is supposed to be established in the northwestern Idlib region.

However, negotiations on that zone have been complicated by conflicting interests between the international powers.

.Moscow has been flying a bombing campaign to support regime forces, while Assad's international opponents have been striking IS from the air as part of a US-led coalition.

Russia is planning a fresh round of talks in the Kazakh capital of Astana in late August to thrash out more details on its peace plan.