10 years and 4 countries later, Syrian refugee achieves his dream of becoming a doctor 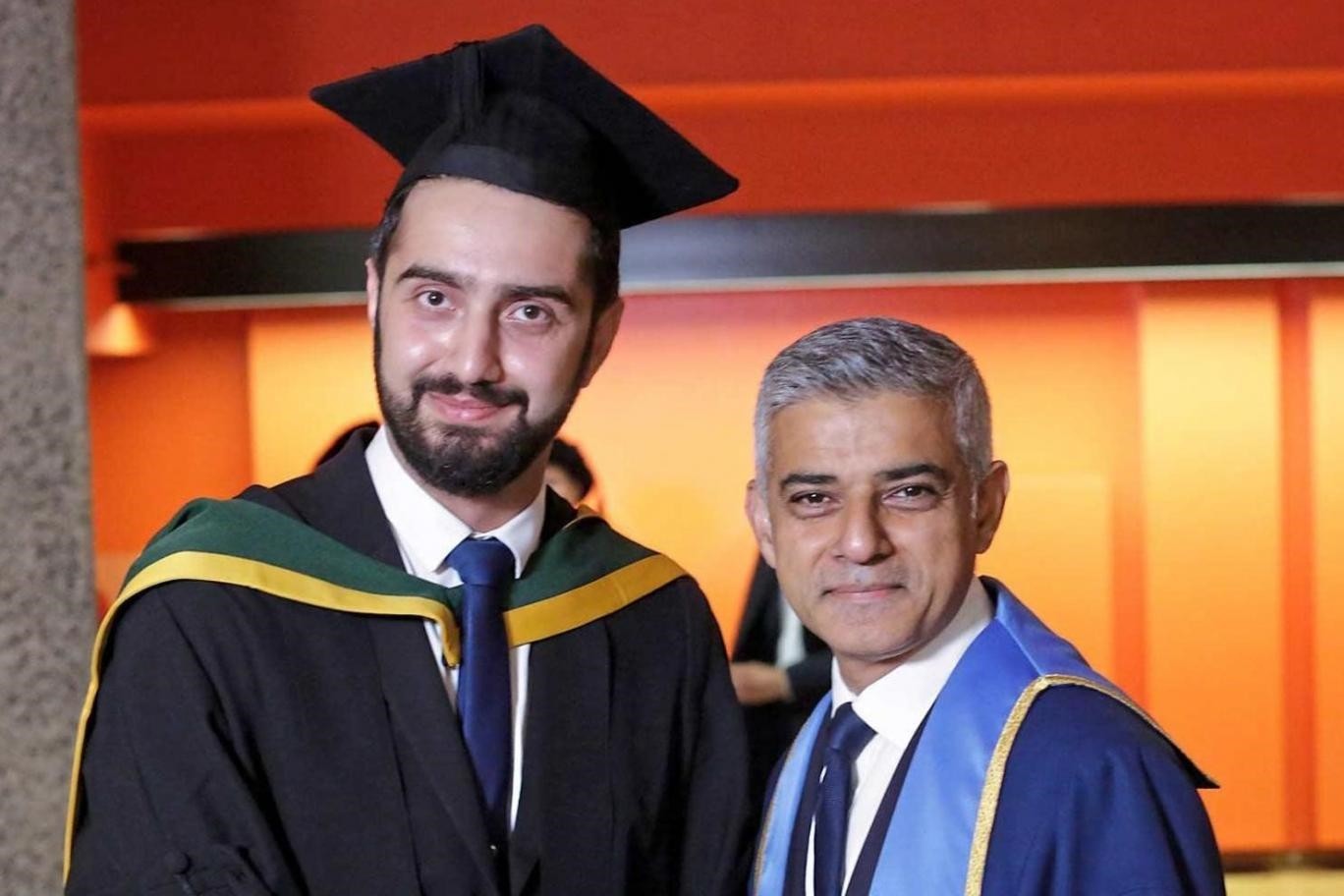 Tirej Brimo poses with London Mayor Sadiq Khan at his graduation ceremony St George's, University of London.
by Aug 04, 2017 12:00 am

Having been just 10 months away from graduating with a medical degree at a university in Aleppo, Brimo was forced to flee his homeland in 2012 due to the war, crisscrossing the Middle East before arriving in Britain in 2013.

Last week, he graduated from the University of London - after having been turned away by several medical schools - and is now embarking on his career as a junior doctor in the National Health Service in the north of England.

Brimo expressed his joy with a Facebook post that he said went viral, being shared over a thousand times.

"War can take everything from you except your passions and your love and for me to not give up on my dream and on who I am - I simply rejected the unfairness of life," Brimo, 27, told the Thomson Reuters Foundation.

As a refugee he said he knows what it is like to lose everything and understands the value of compassion - a key attribute of a doctor.

Brimo hopes to "serve humanity" wherever that may be.

"I feel attached to both Syria and the UK. Syria is the sorrow that breaks my heart every single day, the UK is the place that loved me, welcomed me and believed in me - I can't wait to start contributing to the community," he said.

Working as a phlebotomist to support his studies, Brimo said language was the biggest hurdle initially, as he had to shift from studying in Arabic to English.

"When my friends did an hour of work I used to do two, to make up for the language challenge," he said. "I love the English language!" Brimo won praise from London Mayor Sadiq Khan.

Brimo hopes other refugees can be afforded similar opportunities and support.