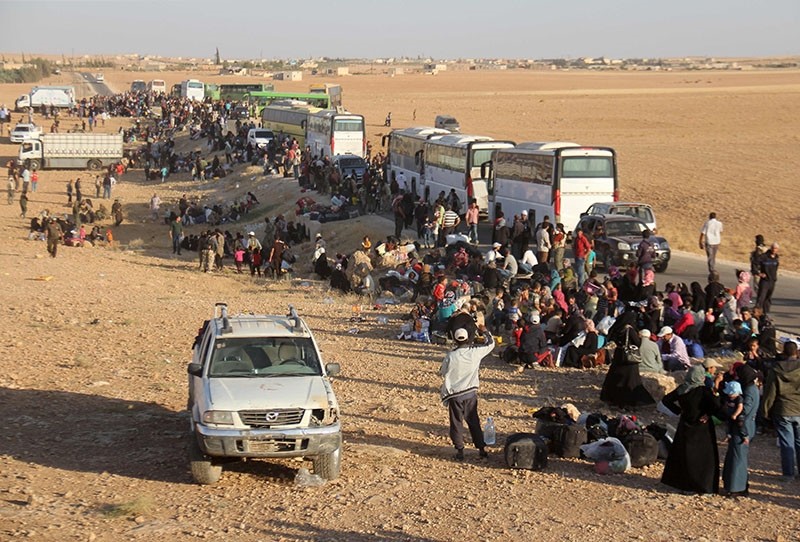 The convoy of 117 buses arrived in Idlib province, leaving Lebanon's flashpoint town of Juroud Arsal near the border.

The cease-fire, which went into effect late last month, calls for the departure of fighters from Jabhat Fateh al-Sham, formerly known as the Nusra Front, in exchange for the release of three Hezbollah fighters captured in Syria last year while they were fighting alongside Assad regime forces.

The group, including the members of Jabhat Fateh al-Sham group and refugees, is expected to be placed in guesthouses and refugee camps.

"Lebanon is on the verge of great changes and it might be subject to an embargo by the West and the Arab world due to the Hezbollah," said Nohad Machnouk, the Lebanese Interior Minister.

During the fighting, human rights groups had voiced concern for the safety of some 100,000 Syrian refugees living in the region.

Since then, hundreds of thousands of Syrian civilians have been killed, according to UN officials.

The Syrian regime, however, says the total number of those killed in the conflict is much lower.