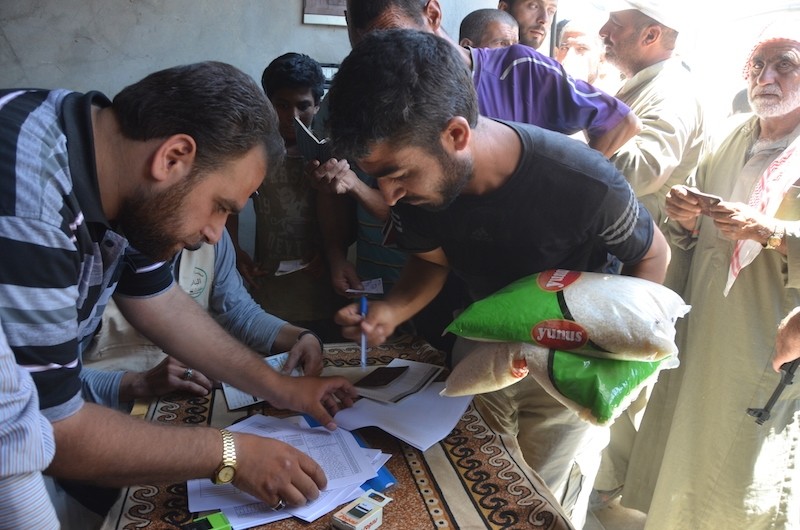 A Turkish NGO, the Humanitarian Relief Foundation (IHH) has dispatched an aid convoy to the northern Syrian town of Al-Bab.

"IHH sent 21 tons of rice for 3,000 families in need in Al-Bab. We delivered seven kilograms to every family," Yusuf el-Bekkur, an IHH member, said.

He went on to say IHH will also deliver aid during Eid al-Adha in late August.

Al-Bab was captured from Daesh by the Turkey-backed Free Syrian Army on Feb. 24 as part of Operation Euphrates Shield, which began in August.

Syria has remained locked in a vicious civil war since early 2011, when the Bashar al-Assad's regime cracked down on pro-democracy protests with unexpected ferocity.