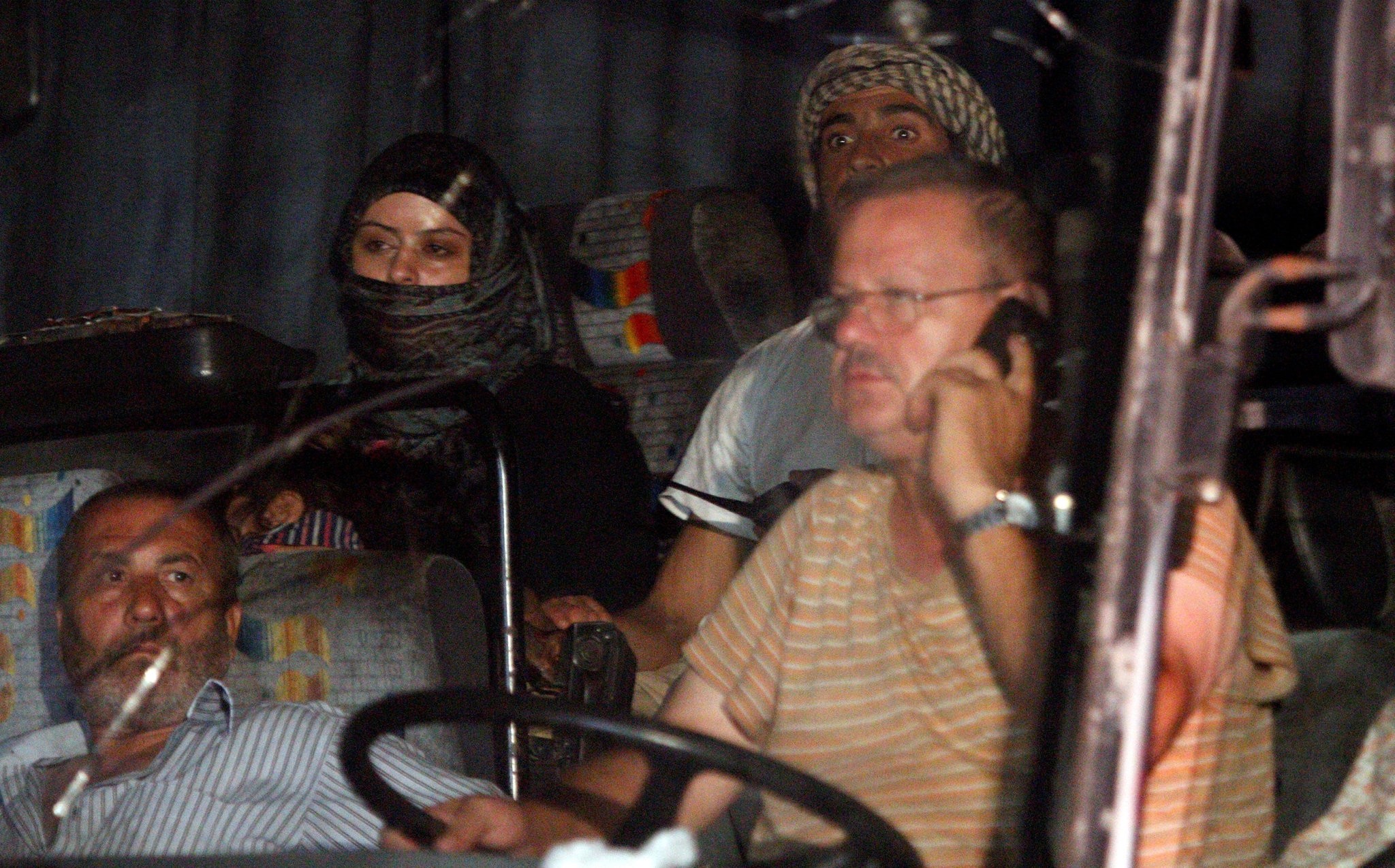 A Daesh evacuation convoy trying to reach Daesh territory in east Syria has split in two, with some buses remaining in the open desert after others turned back into regime-held areas, a U.S.-led coalition fighting the group said Sunday.

The Assad regime and Lebanon's Hezbollah group offered the convoy of about 300 lightly armed fighters and about 300 family members safe passage a week ago in return for Daesh surrendering an enclave on the Syria-Lebanon border.

However, the coalition has blocked the convoy from entering Daesh territory in east Syria, near the border with Iraq, by cratering roads and destroying bridges, saying it opposes the evacuation deal as being "not a lasting solution."

"One group remains in the open desert to the north west of Al-Bukamal and the other group has headed west towards Palmyra," the coalition said in an emailed statement.

On Saturday Hezbollah said all but six of the buses had safely crossed out of Assad regime territory and were no longer the responsibility of it or the Assad regime.

It warned the U.S. that the buses in the desert included elderly people, pregnant women and casualties, and accused it of stopping humanitarian aid reaching the convoy.

The coalition said it had contacted Russia to deliver a message to the Assad regime that it would still not let the convoy pass, and that it had offered suggestions on how to save the civilians in it from suffering.

"Food and water have been provided to the convoy," it said, without giving further details.

The coalition has said it will not target the convoy directly while it contains civilians, but said in its statement it had struck about 85 Daesh fighters near the convoy.

It had also struck about 40 Daesh vehicles near the convoy including a tank, an artillery system, armed vehicles and transport vehicles seeking to help move the fighters in the convoy into its territory, it said.