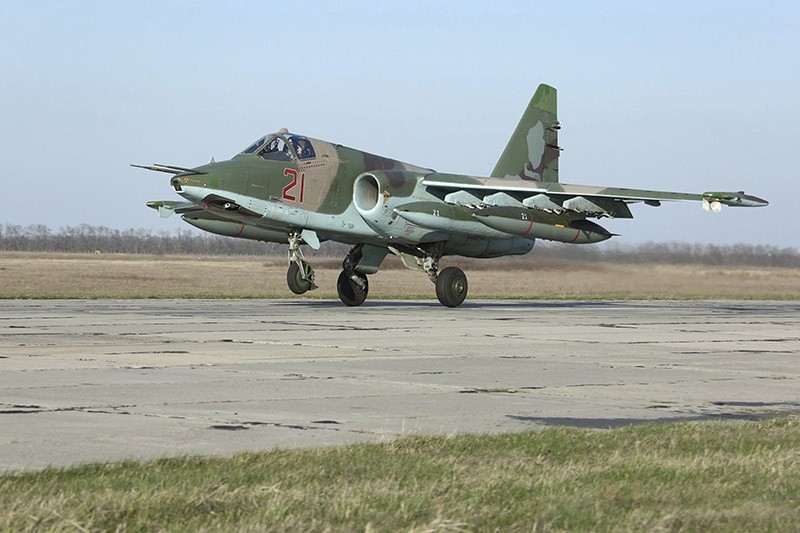 A Russian Sukhoi Su-25 fighter jet arriving from Syria lands at an airbase in Krasnodar region, southern Russia, in this March 16, 2016 handout photo by the Russian Ministry of Defence. (Reuters Photo)
by Compiled from Wire Services Sep 08, 2017 12:00 am

Around 40 Daesh terrorists, including four senior commanders, were killed near Syria's eastern city of Deir el-Zour by a Russian air strike, the Russian Defense Ministry said on Friday, according to the RIA news agency.

It said among those killed were Gulmurod Khalimov and Abu Muhammad al-Shimaali, who oversees foreign fighters at Daesh.

Heavy clashes are taking place between Assad regime forces and the Daesh terror group around the city as terrorists fight back to reinstate a years-long siege of the city.

Troops of the Assad regime on Tuesday broke the nearly three-year terrorist blockade of parts of the city, marking a significant advance against the militants.