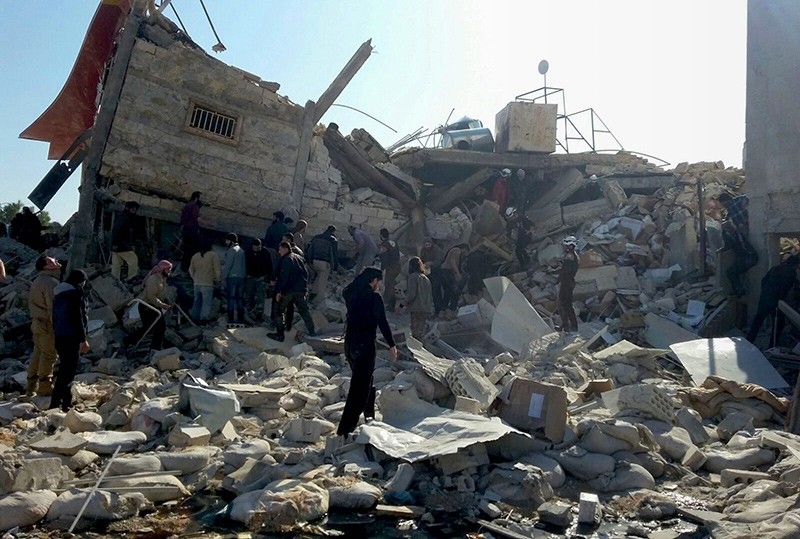 Assad regime and Russian planes conducted the airstrikes in the countryside of Hama and Idlib, said the head of the Syrian Observatory for Human Rights, Rami Abdel Rahman.

Abdel Rahman al-Hassan of the White Helmets rescue teams told dpa that three of their centers in Idlib were hit.

"There were no casualties but only heavy material damage," he said.

The province of Idlib is mainly controlled by Hayat Tahrir al-Sham, an alliance of radical groups formed in January and linked to al-Qaida.

It is led by Fateh al-Sham, formerly known as al-Nusra Front.

The Britain-based Observatory said the strikes were in retaliation for the killing of 19 soldiers as Hayat Tahrir al-Sham launched an attack on regime forces in the northern Hama countryside.