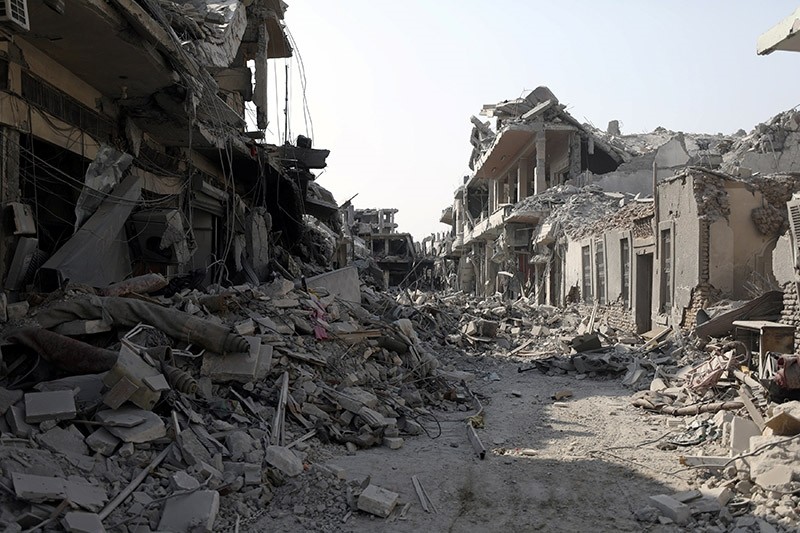 The U.S.-backed Syrian Democratic Forces (SDF), which is predominantly led by the PKK's Syrian affiliate the People's Protection Units (YPG), said on Wednesday its campaign to capture Raqqa from Daesh was in its final stages and its fighters had seized 80 percent of the city.

In a statement, the SDF said it had opened a new front against Daesh on the northern edge of Raqqa, describing this as "a feature of the final stages of the Euphrates Wrath campaign, which is nearing its end".

Meanwhile, the Syrian Observatory for Human Rights said on Wednesday that the SDF had taken more than 90 percent of the city, adding that the major remaining hurdle for the forces was a large concentration of mines in the area.

"Because of the heavy (U.S.-led) coalition air strikes, Daesh withdrew from at least five key neighborhoods over the past 48 hours," said Syrian Observatory for Human Rights chief Rami Abdel Rahman.

"This allowed the SDF to control 90 percent of the city."

The SDF launched their offensive on Daesh in Raqqa city in June, backed by U.S.-led air strikes and special forces on the ground.

The city had served as Daesh' de facto capital in Syria since it was seized by the terrorist group in early 2014.

It quickly became synonymous with the group's most gruesome atrocities, including public beheadings.

Tens of thousands of civilians have fled the fighting in recent months. Estimates of the number still inside the city range from fewer than 10,000 to as many as 25,000.