At least 37 civilians killed in Russian airstrikes in Syria's Idlib 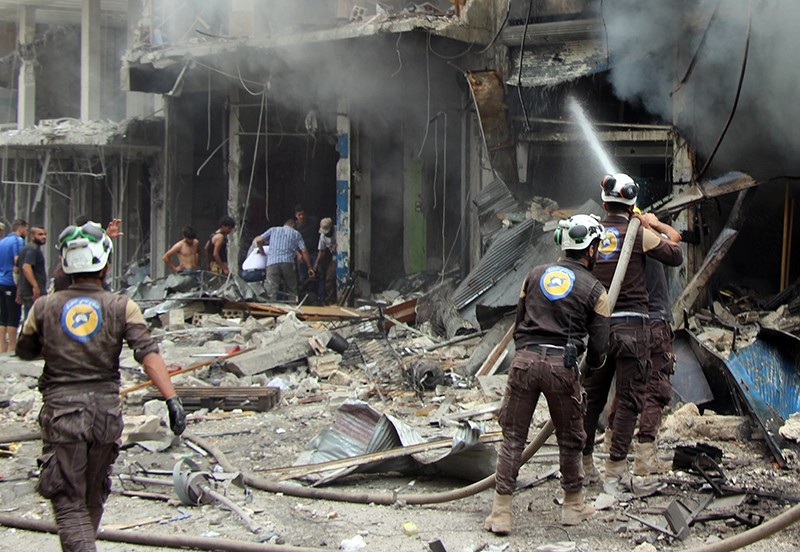 The Syrian Observatory for Human Rights said it was the highest civilian death toll in Idlib since the region was designated in May as one of Syria's "de-escalation" zones under an accord between regime allies Russia and Iran, and Turkey.

After several months of calm, Idlib province has for the past two weeks been the target of heavy airstrikes by the regime and its Russian allies, following an assault in neighboring Hama province also covered by the de-escalation accord for Syria's war that has cost more than 330,000 lives since 2011.

Syria's exiled opposition blamed Russia and the Assad regime for what it called the "criminal" bombing, according to a statement.

In what the Istanbul-based National Coalition branded "war crimes," hospitals, medical installations, schools and civil defense facilities had been hit, it said.