Russian airstrikes have killed thousands of civilians in Syria since 2015 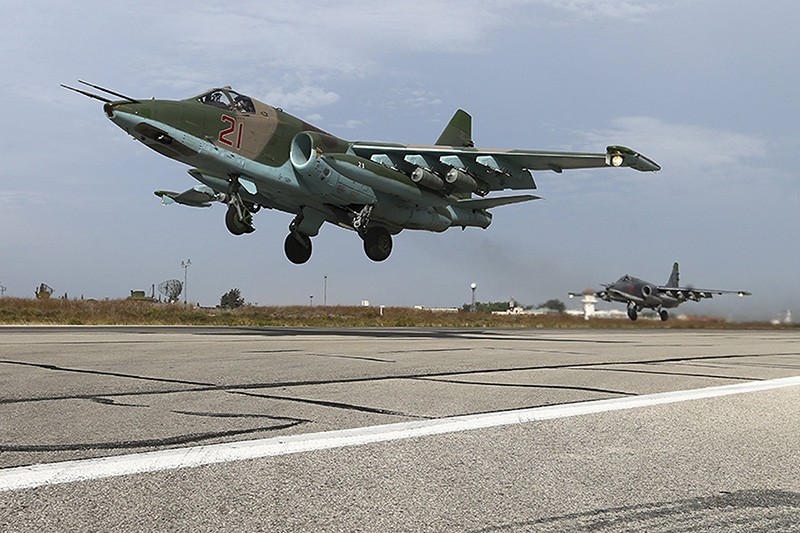 A total of 5,233 civilians have been killed in Syria since Russia began airstrikes against opponents of the Syrian regime in 2015, according to a Syrian NGO.

The fatalities included 1,417 children and 886 women, the London-based Syrian Network for Human Rights (SNHR) said in a statement on Sunday.

Syria fell into a civil war in 2011 after the regime of Bashar al-Assad put down pro-democracy protests with unexpected ferocity.

In September 2015, Russia began airstrikes in support of the Assad regime on the ground of fighting the Daesh terrorist group in the war-torn country.

The SNHR said most of the Russian airstrikes had targeted opposition-held areas in Syria.

"Only 15% of the Russian attacks targeted Daesh-held areas in Syria," the NGO said.

According to the SNHR, Russia used cluster munitions 212 times in Syria, citing that most of the attacks had taken place in the northwestern province of Idlib.

The report said that Russian raids in Syria had forced 2.3 million civilians to flee their homes.

A first round of peace talks between Syrian warring rivals was held in the Kazakh capital, Astana on Jan. 23-24 after a ceasefire was hammered out on Dec. 30.