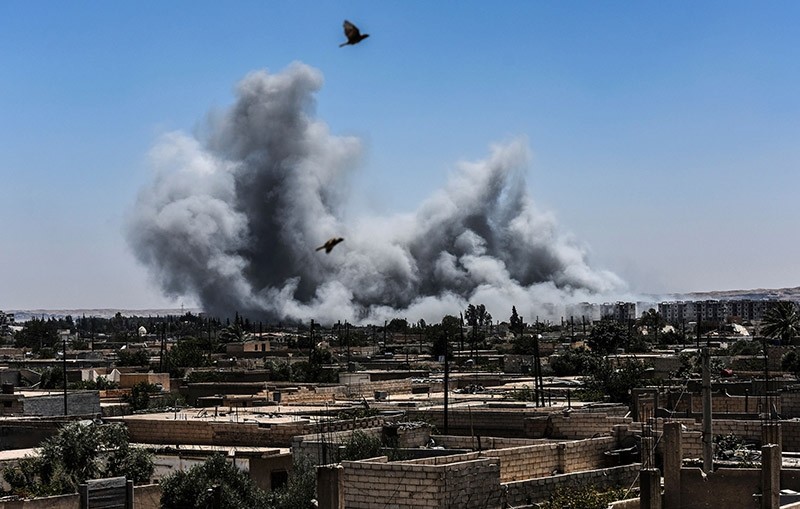 The Britain-based group said four children were among the dead.

The U.S.-backed Syrian Democratic Forces, which is predominantly led by the PKK's Syrian affiliate the People's Protection Units (YPG), broke into Raqqa in June and has since wrested 90 percent of the city from Daesh.

But activists say coalition strikes in support of the operation have killed hundreds of civilians and caused enormous damage.

The coalition says it takes "extraordinary care" to avoid civilian casualties in its strikes and that it investigates credible claims of civilian deaths.

In late September, the coalition acknowledged the deaths of 735 civilians in its strikes on Syria and Iraq since 2014.

But activists say the toll is much higher.

Raqqa has faced water shortages for months because of damage to pipelines caused by suspected coalition strikes.

Even in the early days of the Raqqa assault, residents said they feared being caught in air strikes or shelling when they ventured to wells or the Euphrates River that runs south of the city to draw water.