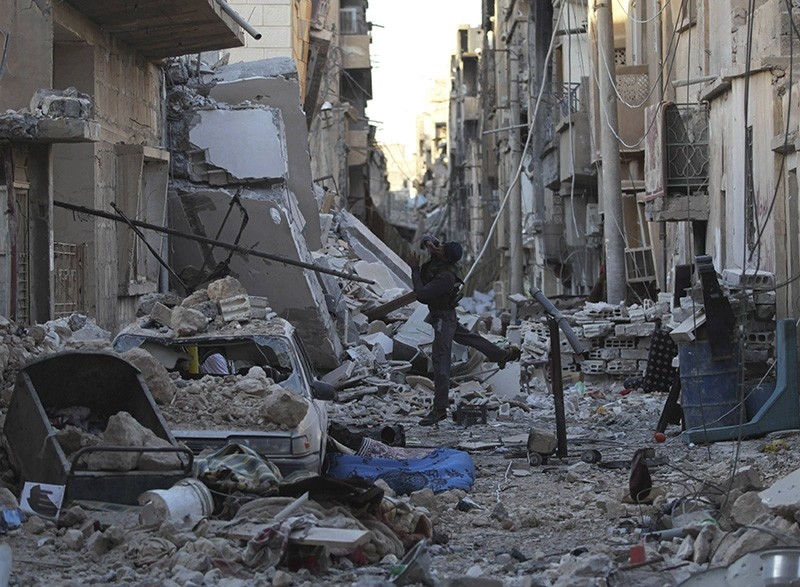 Some 120 Daesh terrorist and 60 foreign mercenaries were killed in a series of Russian air strikes in Syria over the past 24 hours, the defense ministry in Moscow said on Saturday.

"A command post of the terrorists and up to 80 (Daesh) terrorists including nine natives of the Northern Caucasus were destroyed in the area of Mayadeen," the ministry said, adding some 40 Daesh terrorists were killed around the town of Albu Kamal.

As a result of an air strike more than 60 foreign mercenaries from the former Soviet Union, Tunisia, and Egypt were killed south of Deir el-Zour.

The ministry said the "large numbers of foreign mercenaries" were coming into the Syrian border town of Albu Kamal from Iraq.

Mayadeen is one of the Daesh terror group's last bastions in Syria.

The advances against Daesh in Deir el-Zour have cost a heavy civilian death toll from Russian and coalition air raids.

Russia has not acknowledged any civilian deaths from its strikes since it intervened in Syria in 2015, and dismisses the Observatory's reporting as biased.

Moscow has been carrying out air strikes in support of its ally Assad regime targeting both Daesh in Deir el-Zour province and rival terrorists led by Al-Qaeda's former Syria affiliate in Idlib province in the northwest.