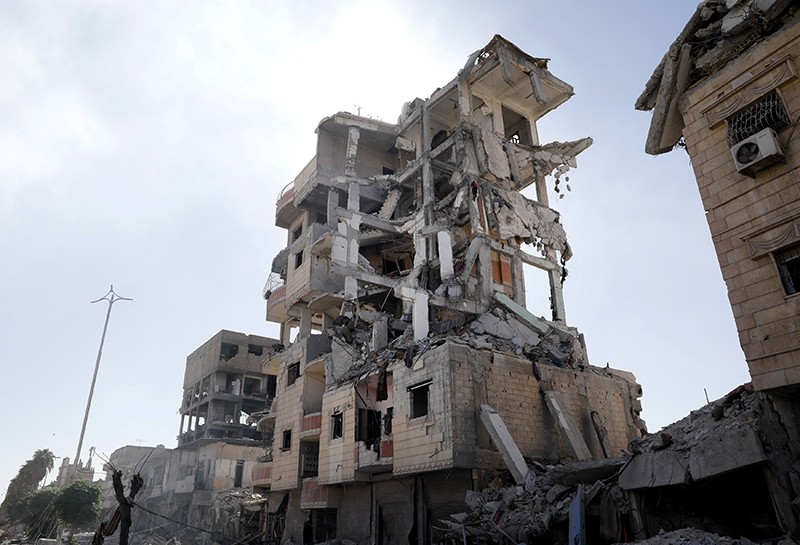 Between 300 and 400 Daesh group terrorists remain in their one-time Syrian bastion of Raqqa where Syrian Democratic Forces (SDF), dominated by the PKK terrorist group, are fighting to seize full control, its U.S.-led coalition backer said Thursday.

"We are looking at approximately 4,000 civilians who remain in Raqqa, and a matter of 300-400 remaining [Daesh] fighters," coalition spokesman U.S. Colonel Ryan S. Dillon told a news conference in Baghdad.

Officials from Raqa Civil Council – a provisional administration set up by the SDF – are trying to negotiate the safe passage of civilians from remaining Daesh-held areas.

"We have seen a trend of [Daesh] surrendering over these last months, about four to five per week ... including emirs and leaders," said Dillon, adding that others were captured trying to blend in with departing civilians.