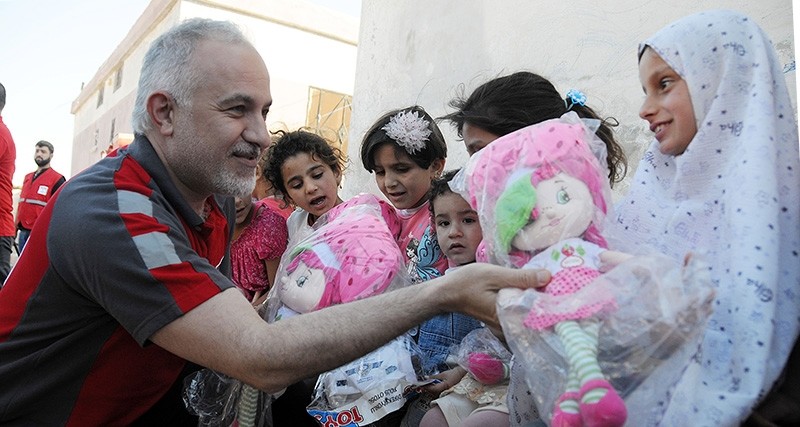 In a statement on Saturday, the aid agency said "it has been aiding five refugee camps and over 9.000 children in 12 orphanages in Idlib" where Turkish military forces on Friday crossed over to monitor de-escalation zones as part of an international agreement.

"There are more than one million children, including babies and those under 5-6 ages, who lost their mother, father or both in Idlib," it said, adding that it provided all kinds of aid for these children.

On Friday, the Turkish Armed Forces said it began establishing observation posts in Idlib to monitor de-escalation zones that aim to bring an end to the conflict which has lasted for the past six-and-a-half-year years.

The operation in the northwestern region was launched under a May deal between Turkey, which backs groups opposed to Syria's Bashar al-Assad regime, Russia and Iran, who support Assad.

The agreement, signed during peace talks in Kazakhstan's capital Astana, aims to establish a number of de-escalation zones to ensure the continuation of a ceasefire agreed last December between the three guarantor nations.

According to the military statement, the de-escalation zones have been created to "enhance the effectiveness of the ceasefire, end conflicts, bring humanitarian aid to those in need and establish the necessary conditions for the return of those displaced".