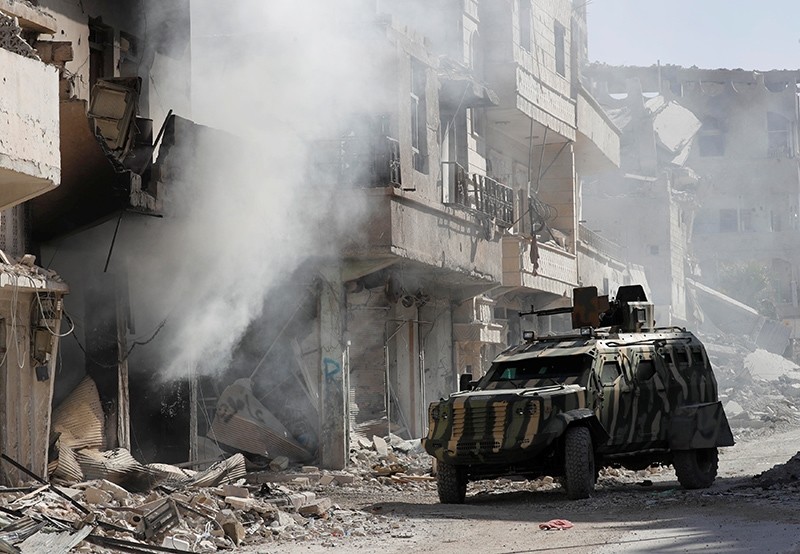 Some foreign Daesh group fighters have left the one-time terrorist bastion of Raqqa in Syria under a deal as the city's capture nears, a local official said Sunday.

"A portion of the foreigners have left," said Omar Alloush, a senior member of the Raqqa Civil Council, when asked about a deal announced Saturday for Daesh terrorists to evacuate the city.

Alloush, however, would not say how many fighters remain in the city, where the U.S.-backed Syrian Democratic Forces (SDF), which is predominantly led by the PKK terror group's Syrian affiliate the Democratic Union Party (PYD) and its armed wing People's Protection Units (YPG), have hemmed them into a small enclave.

"Last night, the final batch of fighters (who agreed to leave) left the city," said Bali.

Bali said no foreign fighters had left in the convoy, but an official in the Raqqa Civilian Council, set up by the SDF and its allies to oversee the running of the city, said a group of them had departed with the others.

An SDF spokesman said earlier that a group of Syrian Daesh fighters without foreign militants had evacuated Raqqa overnight, taking civilians with them as human shields.

The SDF has been battling since June to defeat Daesh terrorists in Raqqa, which served as the terrorist group's de facto capital in Syria.