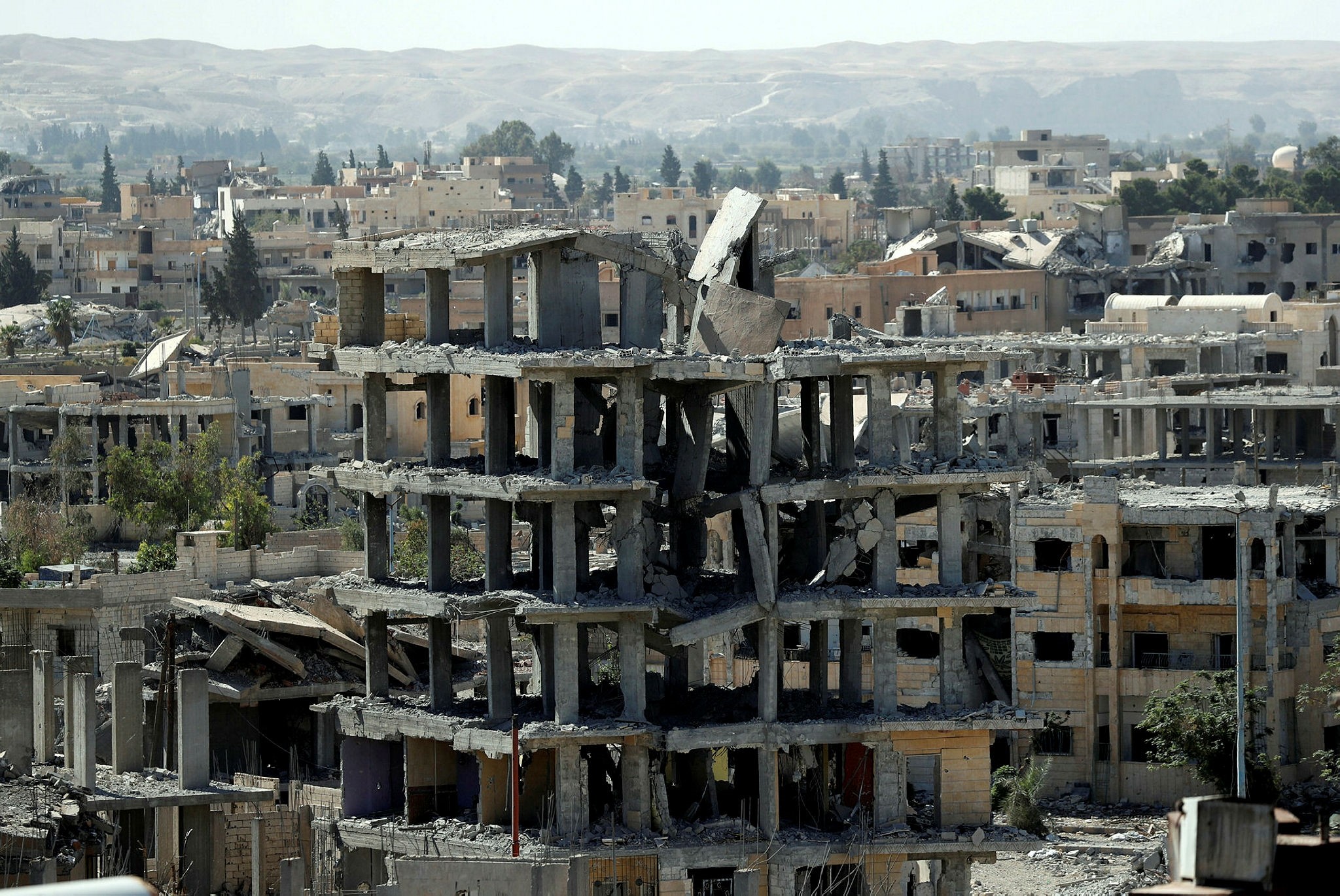 Western countries have been under the growing threat of foreign fighters fleeing the fallen Daesh stronghold of Raqqa, with the issue dominating the G7 meeting in Italy

The threat of fresh attacks on Western countries by foreign fighters fleeing the fallen Daesh terrorist group stronghold of Raqqa dominated a G7 meeting of interior ministers in Italy. The two-day gathering, which kicked off yesterday on the Italian island of Ischia, comes just days after the defeat of Daesh in its self-declared capital of Raqqa. Most foreign fighters are believed to have fled over the past few months. Experts say those who stayed are now in the hope of traveling on to Europe to seek revenge for the destruction of the "caliphate."

Losing Raqqa has been a huge blow for Daesh, which has steadily lost territory in Iraq and Syria, including Iraq's second largest city of Mosul a few months ago. The group declared the city on the banks of the Euphrates River, which it seized from other Syrian opposition fighters in early 2014, to be the capital of its self-declared "caliphate," transforming the once vibrant metropolis into the epicenter of its brutal rule where opponents were beheaded and terror plots were planned. The terrorist group has also suffered setbacks in the eastern Syrian region of Deir ez-Zor, where Russian-backed regime forces retook swathes of territory, further reducing a "caliphate" that three years ago was roughly the size of Britain.

Tens of thousands of citizens from Western countries traveled to Syria and Iraq to fight for the terrorist group between 2014 and 2016, including extremists who then returned home and staged attacks that claimed dozens of lives.

France, whose some 1,000 nationals were among the biggest contingent of overseas recruits to join Daesh, stated frankly this weekend that it would be "for the best" if militants die fighting.

"With a […] military defeat in Iraq and Syria we could find ourselves facing a return diaspora of foreign fighters," Italy's Interior Minister Marco Minniti told a parliamentary committee last week.

"There are an estimated 25,000 to 30,000 foreign fighters from 100 countries. Some of them have been killed of course, but [...] it's possible some of the others will try to return home, to northern Africa and Europe," he said.

The Syrian Observatory for Human Rights, a Britain-based monitor of the war, said a group of 130-150 foreign fighters, including Europeans, had turned themselves in before the end of the battle in Raqqa.

Other reports suggested a convoy of foreign fighters had been able to escape the city towards Daesh-held territory, a claim denied categorically by the U.S.-backed Syrian Democratic Forces (SDF), which is predominantly led by the PKK terror group's Syrian affiliate the Democratic Union Party (PYD) and its armed wing People's Protection Units (YPG).

French European lawmaker Arnaud Danjean said Wednesday there would be "negotiations with the countries concerned" over what to do with returners.

Minniti warned fighters could take advantage of the confusion and "use the human trafficking routes" to return home - raising the specter of extremists embarking on the migrant boats which regularly head to Italy. It meant controversial efforts currently spearheaded by Italy to close the land and sea trafficking routes which cross Africa into Libya and on across the central Mediterranean Sea to Europe were "essential," he added.

The seven, from Britain, Canada, France, Germany, Italy, Japan and the United States, tackles the hot issue of terrorism online, with analysts warning Daesh's loss of territory will turn street-to-street fighting into an intelligence war. In a G7 first, representatives from internet giants Google, Microsoft, Facebook and Twitter also take part in the summit. Compiled from wires