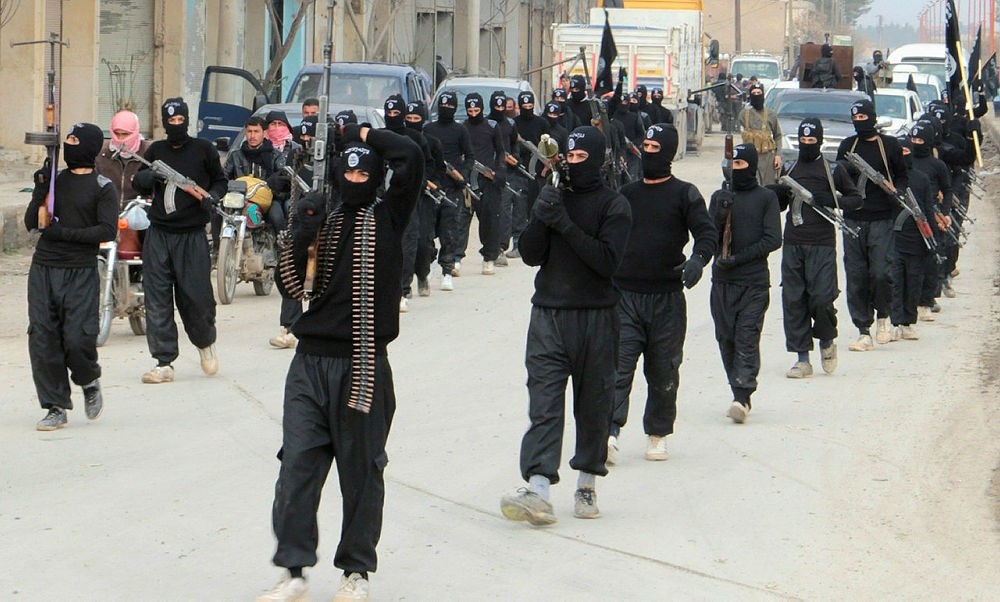 Russian Defense Ministry accused Tuesday the U.S. of "actually covering" Daesh units in order for them recover their combat capabilities, redeploy, and use the militants to promote American interests in the Middle East.

"This is the irrefutable evidence that there is no struggle against terrorism as the whole global community believes," the Russian Defense Ministry said in a statement posted on Facebook along with photos.

"The American side clearly refused to carry out strikes on terrorists because 'militants surrendered voluntarily' and their actions were assessed in accordance with the provisions of the Geneva Convention relative to the Treatment of Prisoners of War."

"However, the American side has failed to answer the question asked by the Russian side: why the ISIS terrorists left Syria on combat vehicles with heavy armament were regrouping in the coalition-controlled territories and preparing for new attacks [...]," the ministry added in the statement, using an alternative acronym for the terrorist group.

"Regarding Albu Kamal, this is not the only case when the U.S. spares terrorists," Lavrov was quoted as saying by Russia's official TASS news agency Tuesday.

The ministry admitted later on the same day that an employee had attached the wrong photos to a statement accusing the United States of providing de-facto air cover for Daesh in Albu Kamal, a town near the Syrian city Deir ez-Zor, after the mistake was spotted online.

The ministry said it would investigate the incident, which it said was caused by a civilian employee, but did not say how or why the pictures used were incorrect.

"However, the U.S. command's refusal to carry out strikes on the convoys of ISIL terrorists retreating from Albu Kamal on November 9 is an objective fact reflected in the transcripts of the talks and therefore, fully known to the U.S. side," Interfax news agency quoted the ministry as saying.

Asked about Russian allegations of the U.S. helping Daesh terrorist group around Albu Kamal, Colonel Ryan Dillon, spokesman for the U.S.-led coalition fighting Islamic State, said: "The Russian ministry of defense statements are about as accurate as their air campaign, and I think that is a reason for them to start, you know, coming out with their latest barrage of lies."

"I certainly can't verify, but I've seen the report that one of the pictures came from a video game. So, again that is pretty consistent with what we have seen come out of Russian MoD, as being baseless, inaccurate and you know, completely false," he told a briefing with Pentagon reporters.