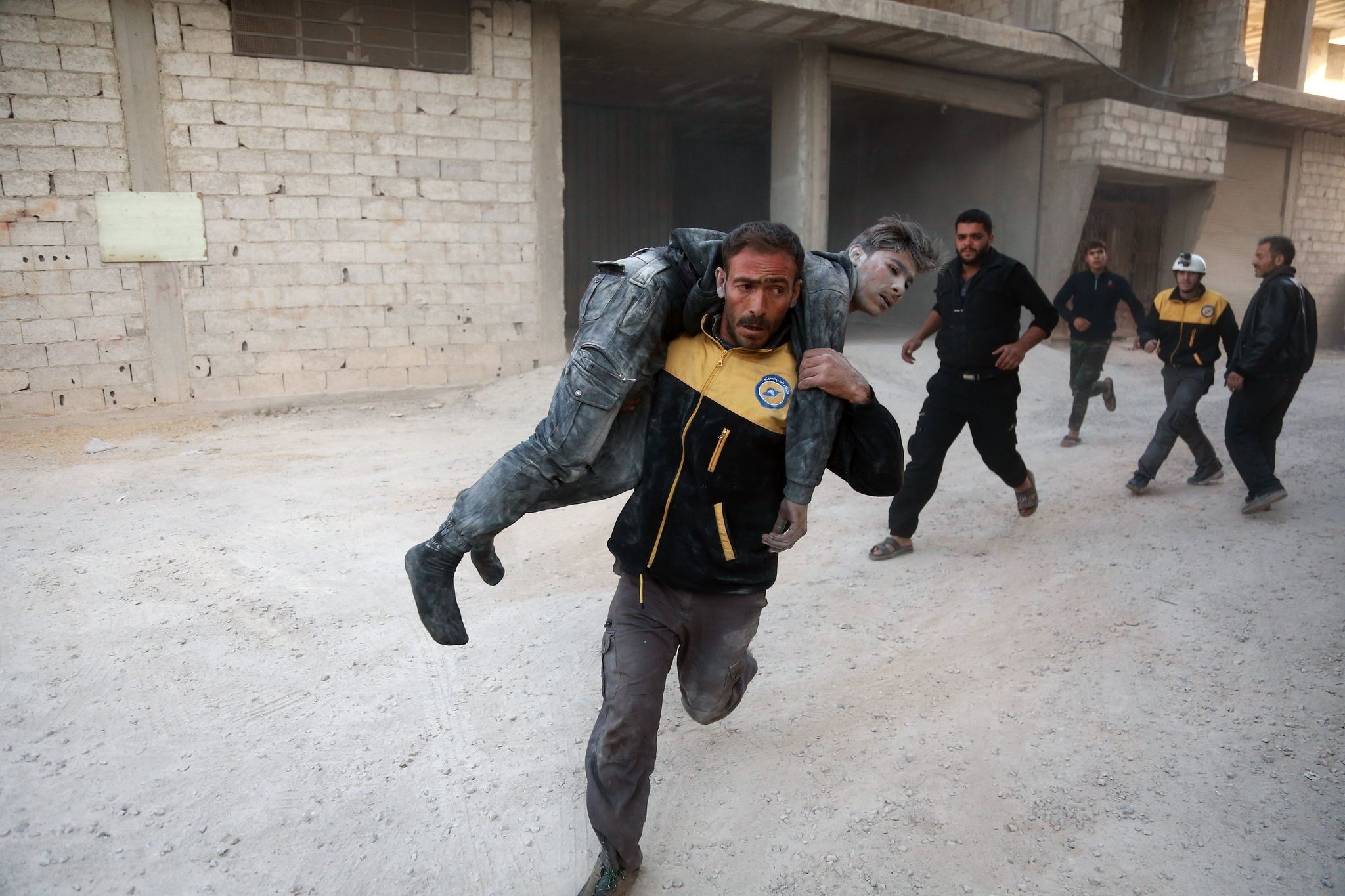 A wounded Syrian is carried by a member of the Syrian Civil Defence, known as the white helmets, to a hospital in the opposition-held besieged town of Arbin, in the eastern Ghouta region. (AFP Photo)
by French Press Agency - AFP
Nov 17, 2017 12:00 am

Shelling by the Assad regime on the opposition-held area of Eastern Ghouta near Damascus Friday killed at least 10 civilians, among them six children, a monitor said.

The deaths were the result of the latest bout in an escalating cycle of tit-for-tat attacks between regime forces and the opposition fighters holding the enclave on the Syrian capital's eastern outskirts.

According to the Syrian Observatory for Human Rights, a total of 43 civilians have been killed in the process, most of them in Eastern Ghouta, which has been besieged since 2013 and where humanitarian conditions are dire.

Elsewhere in Eastern Ghouta, another child was killed in Harasta, he said, adding that two members of the White Helmets rescue organization were also among Friday's victims.

On Tuesday, the Ahrar al-Sham group, which has positions in Harasta, launched an attack on a regime military base in the area, which is supposed to be a so-called "de-escalation zone" as part of a deal agreed between Russia, Iran and Turkey to bring violence levels down.

The fighting on that front has left at least 37 dead on the regime side, according to the Observatory, a toll the regime has not confirmed. Abdel Rahman said "dozens" of Islamist rebels were also killed.

Six had been killed the previous day, including Syria's national karate coach Fadel Fadi, who died of his wounds after being struck by shrapnel as he left his Damascus sports club, the state-run Sana agency said.

More than 330,000 people are estimated to have been killed in the Syrian war that began in 2011 as anti-regime protests and millions have been displaced.