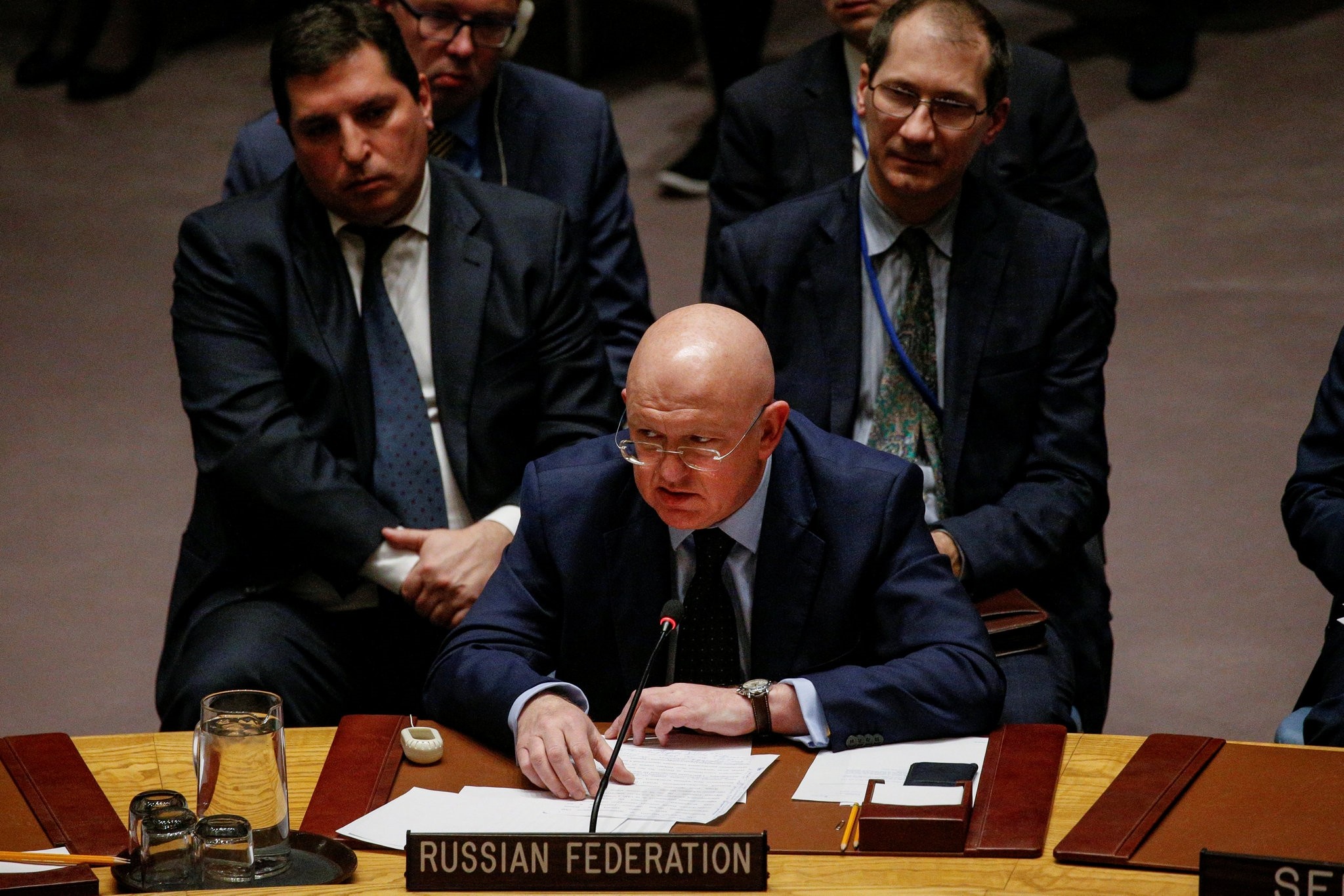 After vetoing the renewal of a U.N.-led probe into chemical attacks in Syria, Russia on Wednesday said it was open to establishing a new panel to investigate the use of toxic gases in the six-year war.

Russian Ambassador Vassily Nebenzia told reporters that the "JIM is dead," referring to the Joint Investigative Mechanism (JIM) that shut down on Friday after two years of work to identify the perpetrators of chemical weapons attacks in Syria.

"We are ready to talk about establishing, creating a new mechanism that would replace the JIM and do the work in a truly professional, objective and unbiased manner," Nebenzia said following a closed-door Security Council meeting.

Russia last week used its veto power twice to block the renewal of the JIM, which last month concluded that the regime air force dropped sarin on the opposition-held village of Khan Sheikhoun, killing scores of people.

The April 4 attack triggered global outrage as images of dying children were shown worldwide, prompting the United States to launch missile strikes on a Syrian regime air base days later.

Russia has rejected the findings, saying the investigation was flawed because the experts did not travel to Khan Sheikhoun and relied on witnesses that it says were linked to the opposition of regime leader Bashar al-Assad.

Nebenzia said the "JIM has discredited itself completely. It cannot continue in the present form."

The Organization for the Prohibition of Chemical Weapons (OPCW) is set to present several other reports from its fact-finding missions in Syria which are looking into the use of chemical weapons.

A recent OPCW report has concluded that sarin was used in another incident on March 30 in the village of Latamneh and is currently before the council.

"Even if we don't have a JIM, we require something whose job it is to look at those reports from the OPCW and to determine which of the parties in Syria is responsible for each use of chemical weapons," said British Ambassador Matthew Rycroft this week.

"This is a crucial building block towards accountability," he said.

The United States has accused Russia of shutting down the JIM with its veto to protect its Syrian ally.

U.S. Ambassador Nikki Haley said Friday after the Russian veto that "Russia will not agree to any mechanism that might shine a spotlight on the use of chemical weapons by its ally, the Syrian regime."