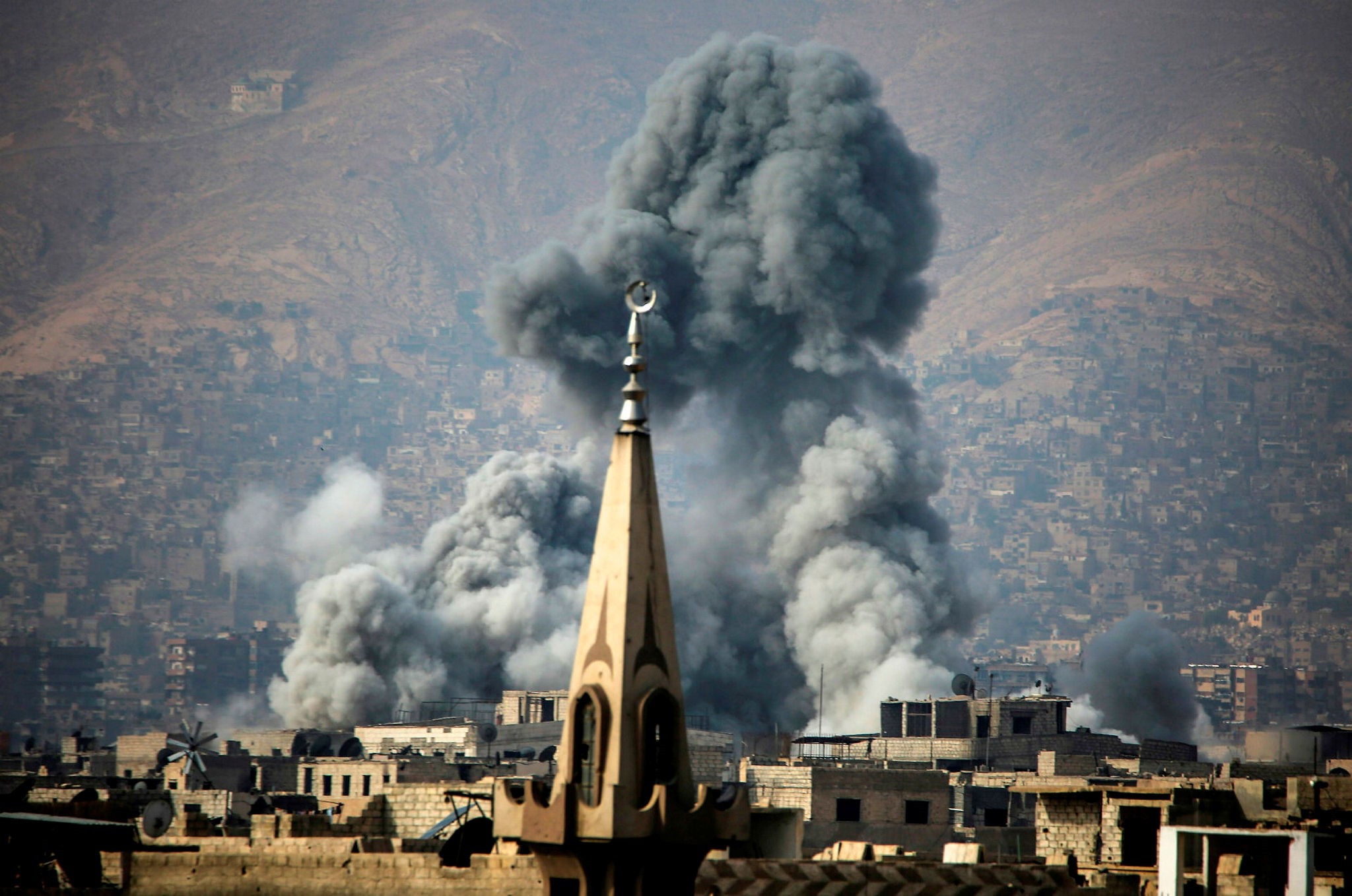 A picture taken on November 23, 2017 shows smoke rising following a reported air strike on the moderate opposition-held besieged town of Arbin, in the Eastern Ghouta region on the outskirts of Damascus. (AFP Photo)
by Anadolu Agency
Nov 23, 2017 12:00 am

At least four civilians were killed in the city of Arbin, and one was killed in each of the cities of Harasta and Douma and the towns of Mesraba, Al-Hazza and Jesreen, sources from Syrian civil-defense units also known as the "White Helmets" told Anadolu Agency anonymously due to security concerns.

The airstrikes left dozens of civilians wounded, who were transported to hospitals in the area, the sources added.

Since the beginning of last week, eastern Ghouta has been under intensive strikes by regime forces that resulted in the killing of more than 70 people and injuring of many others.

The Syrian regime has been stepping up its attacks on Eastern Ghouta, even though the district falls within a network of de-escalation zones -- endorsed by Turkey, Russia and Iran -- in which acts of aggression are expressly prohibited.

Since then, hundreds of thousands of people have been killed in the fighting and more than 10 million displaced, according to the UN.