US not confident over Russia's declaration on Syria 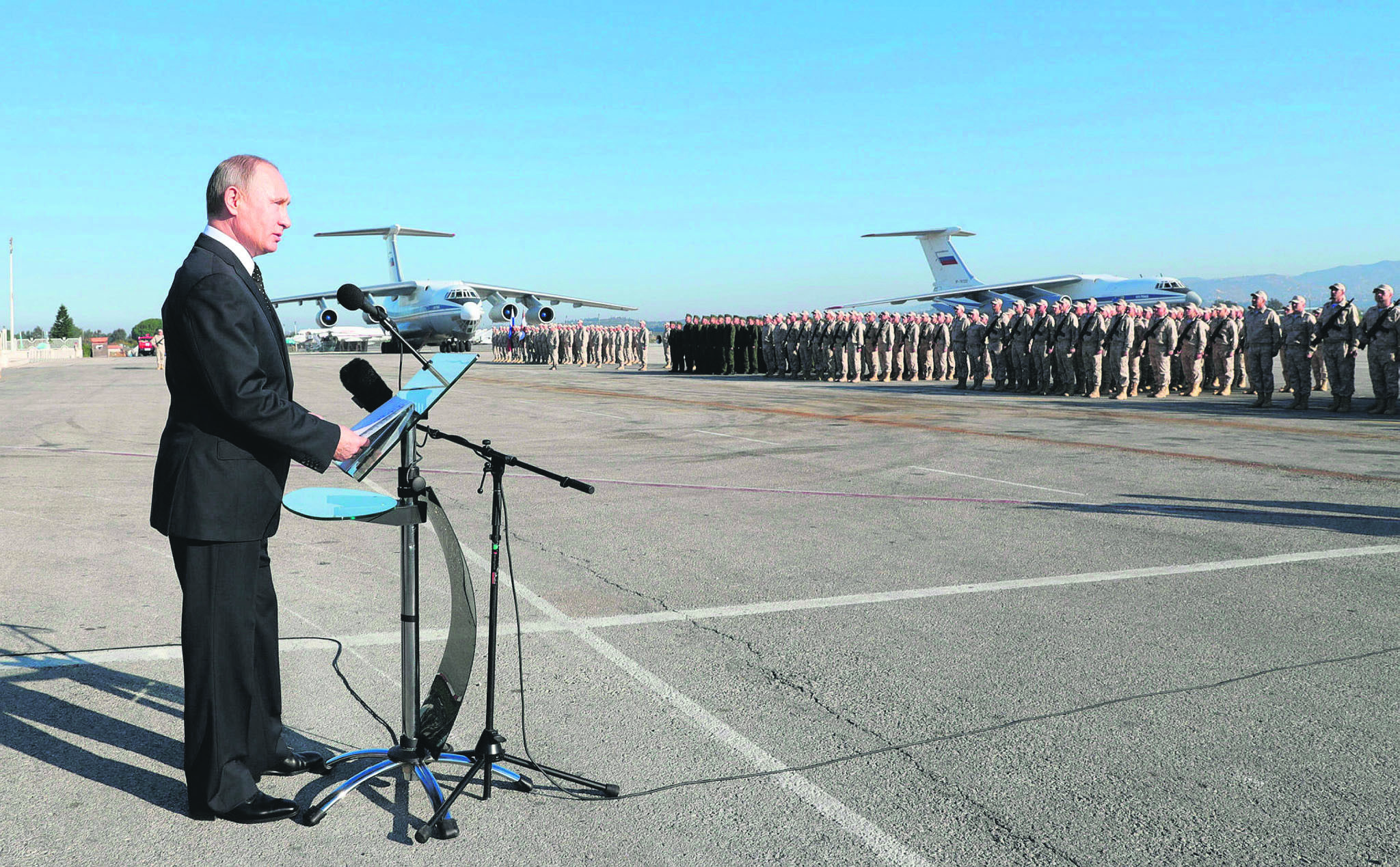 Having long been skeptical of Moscow's announced withdrawal, the U.S. challenges Putin's declaration of military victory in Syria

The United States voiced skepticism about Russian President Vladimir Putin's announcement of a major withdrawal of Russian troops from Syria and is arguing that his declaration of victory against Daesh was premature.

Putin, during a surprise visit on Monday to Russia's Hmeymim air base in Syria, declared that the work of Russian forces was largely done in backing the Syrian government against militants in the country's war following the defeat of "the most battle-hardened group of international terrorists."

"We think the Russian declarations of [Daesh]' defeat is premature," a White House National Security Council spokeswoman said, as reported by Reuters. "We have repeatedly seen in recent history that a premature declaration of victory was followed by a failure to consolidate military gains, stabilize the situation, and create the conditions that prevent terrorists from reemerging."

The Kremlin has presented the partial withdrawal of its forces as evidence that its mission in Syria has been largely accomplished. That gives a boost to Putin as he launches his campaign for re-election. Russia had previously announced a partial drawdown of its forces in Syria, in March last year. However, a powerful Russian contingent remained in place and there was little sign of operations being scaled back. The official death for Russian forces killed in combat is 38, according to a Reuters tally. That is far below the level of losses sustained when the Soviet Union invaded Afghanistan in the 1980s, the last time Moscow waged a major campaign far beyond its borders.

The U.S. military still has around 2,000 troops in Syria and has announced that any withdrawal will be conditions-based, arguing a longer-term presence of American forces would be needed to ensure Daesh's lasting defeat. Russia's announcement, however, suggested a different image of Syria in which foreign forces were becoming unnecessary.

The speaker of Russia's upper house of parliament, Valentina Matviyenko, accused the United States yesterday of trying to take credit for Russia's victory in Syria.

"It's simply embarrassing to comment about this. We know who achieved the victory, and the world knows. It's obvious that someone wants to get in on someone else's glory," Matviyenko said in comments carried by state news agency TASS, according to DPA.

U.S. President Donald Trump praised his country's roles in Syria and neighboring Iraq on Tuesday, saying "we've won in Syria, we've won in Iraq." Trump said the U.S. intended to continue its efforts to fight Islamic State extremists as they spread to other areas. "We're getting them as fast as they spread," according to a White House transcript.

Matviyenko, in an apparent response to Trump's comments, said "the U.S. is probably bragging about how Iraq is almost ruined."