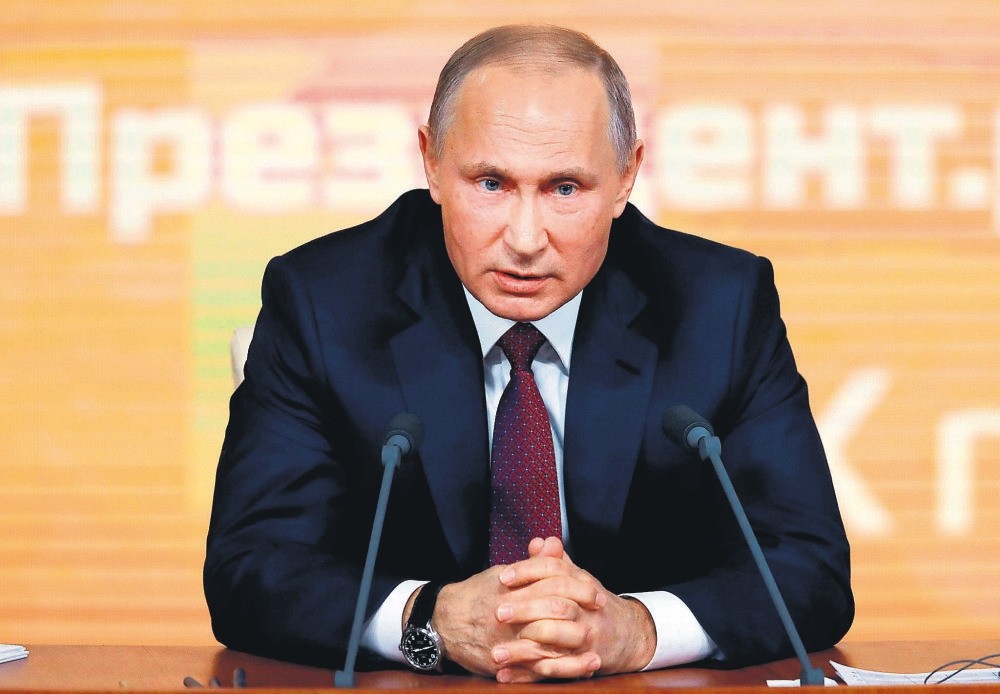 Russian President Vladimir Putin underscored the Syria crisis in his annual news conference, saying Turkey has been suffering from the Syrian civil war since 2011.

"Turkey is the one that draws its pain the most, because Turkey accepts many Syrian [refugees]," Putin said, in the annual hours-long end-of-year news conference yesterday where President Putin answered questions on a wide range of topics.

Putin also mentioned that Russia wants to help solve the refugee crisis, saying Damascus cannot solve the crisis in Syria alone, which requires the common effort of the international community.

Turkey has the largest number of Syrian refugees worldwide, over 3 million, as the number of people uprooted from their homes due to devastating conflicts and violence hits the highest on record, the U.N. reported in September.

At the fourth meeting in the Kazakh capital Astana on May 4, the three guarantor countries, Turkey, Iran and Russia, first signed a deal to establish the zones. Ankara places great emphasis on the Astana talks in putting an end to the six-year tragedy. President Recep Tayyip Erdoğan said in early September that steps taken toward establishing peace in Syria would hopefully be finalized in Astana.

Putin visited the Russian military air base in Syria Monday to declare victory in the fight against the Daesh terrorist group and a partial Russian military withdrawal from the country. A "significant portion" of Russia's troops would soon return home, Putin said in a speech at an air base in northwestern Syria. Russia had previously announced a partial drawdown of its forces in Syria in March last year. However, a powerful Russian contingent remained in place and there was little sign of operations being scaled back.

Syria has been locked in a vicious civil war since 2011, when the Assad regime cracked down on pro-democracy protests with unexpected ferocity. Since then, hundreds of thousands of people have been killed in the conflict, according to the U.N.