Daesh will be completely crushed in Syria by February: Macron 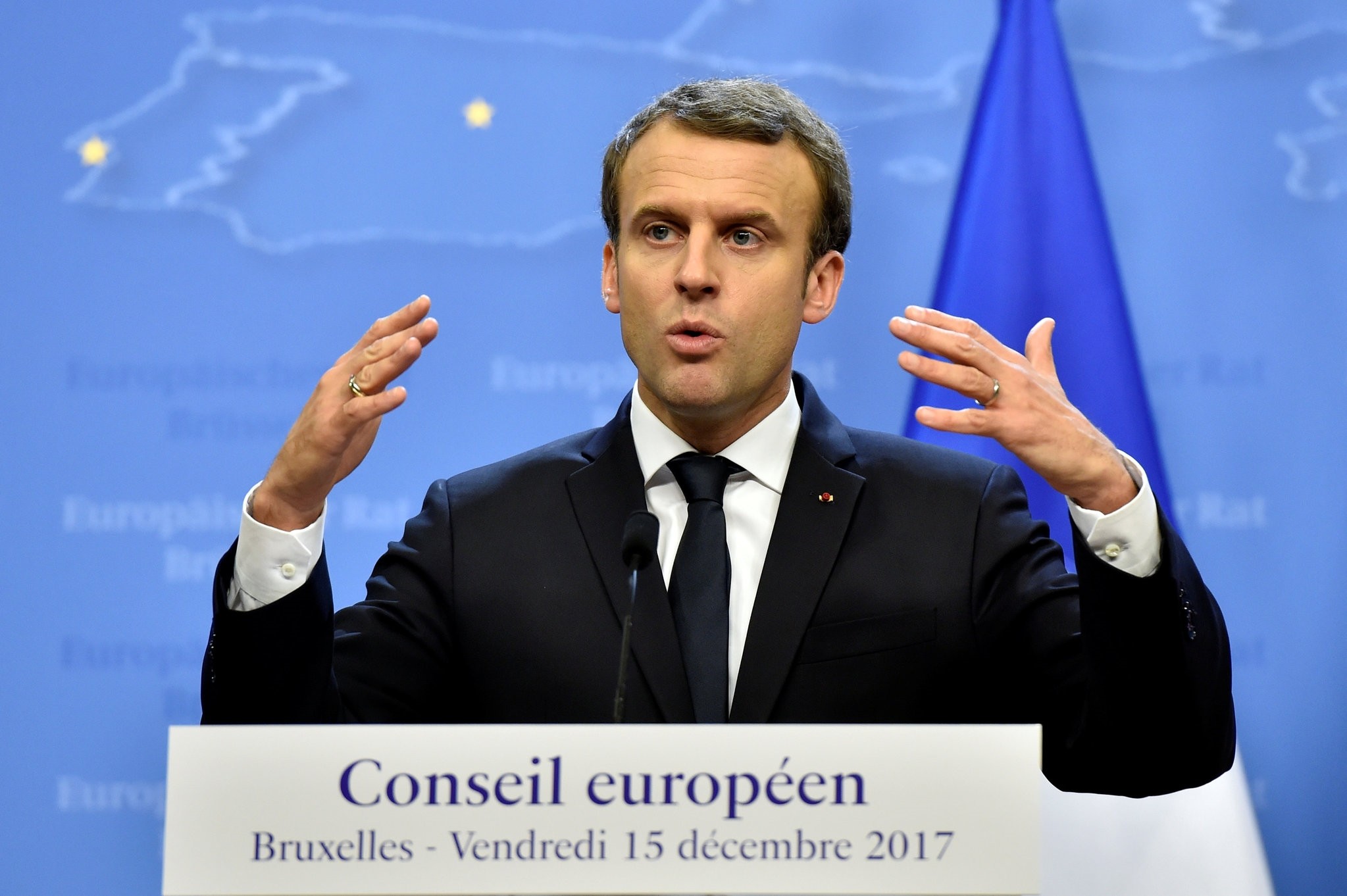 French President Emmanuel Macron on Sunday predicted Daesh would be crushed in Syria by February, pushing for the Syrian regime and opposition to come together for fresh peace talks early next year.

"We have just won the war in Iraq with the coalition," Macron said in an interview with France 2 television.

"And I think that by the middle to the end of February, we will have won the war in Syria."

Macron described regime leader Bashar al-Assad as "an enemy of the Syrian people", but insisted: "We have to speak to Assad and his representatives."

And despite this week's failure of the latest UN-brokered peace talks in Geneva, he wants to see "a process emerge at the start of next year with Assad's representatives, but I hope also representatives of all of the opposition".

He underlined that France's top priority as part of the US-led coalition pounding Daesh is "the extermination" of the extremist group rather than ousting Assad, which has been the country's official stance since June.

And Assad will not be leaving any time soon after the defeat of Daesh, Macron said.

"Bashar al-Assad will be there," he said. "He will be there because he is protected by those who have won the war on the ground, whether it's Iran or Russia."

However, at some point, Macron said, Assad "will have to respond to his crimes before his people, before the international courts".

"France's plan is to win peace, de-mine the country, to de-militarise it and build a political solution that will allow a durable peace -- which means all minorities being protected, Christians, Shiites and Sunnis," Macron said.

As fighting continues in a multi-faceted war that has killed more than 340,000 people since 2011, Daesh, which once controlled swathes of land, now holds just a few patches of Syrian territory.

In Iraq, Prime Minister Haider al-Abadi declared victory on December 9 in the three-year war to expel the terrorist group which at its height held roughly one third of the country.