Syria's Assad ramps up rhetoric against YPG, calls them 'traitors' 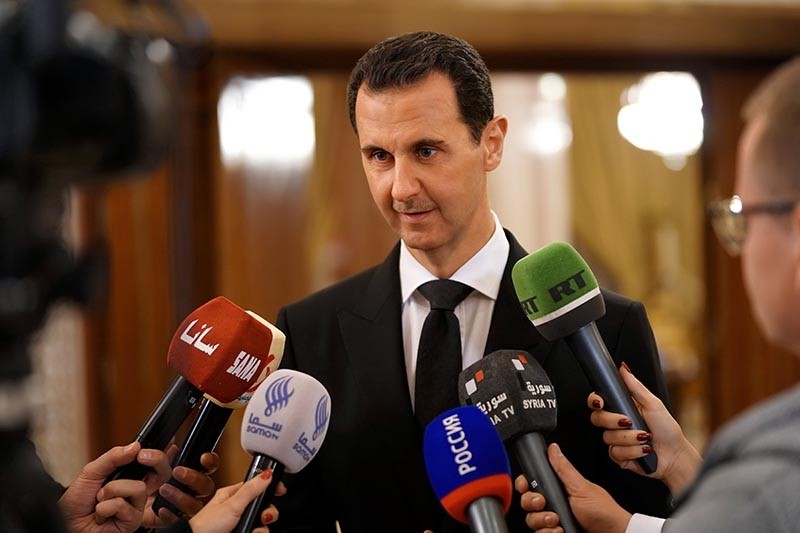 Assad speaking to reporters after a meeting with Russian Deputy Prime Minister, Dmitry Rogozin and a Russian delegation in Damascus, Syria (EPA Photo)
by Compiled from Wire Services Dec 18, 2017 12:00 am

"When we talk about those referred to as 'the Kurds,' they are in fact not just Kurds. All those who work for a foreign country, mainly those under American command... are traitors," he said.

"This is how we see these groups working for the Americans," he said.

Assad had criticized the YPG in the past, but his latest remarks, released on social media, were more virulent than usual.

The YPG, backed by the U.S., control a large chunk of territory in the country.

Despite Turkey's numerous warnings about the risks of cooperating with a terrorist group, the U.S. still continues to collaborate with the militants of PKK's Syrian wing, a group recognized as a terrorist organization by the U.S. itself, Turkey, the EU, and many other countries.

The train-and-equip program was central to the Syria policy of Trump's predecessor. Former U.S. President Barack Obama employed the strategy to put pressure on the Assad regime, a move then supported by Turkey.

After the U.S. decided to support the PKK in Syria, namely the YPG/PYD, Turkish-American diplomatic relations have soured dramatically.

Some senior regime officials had in the past made overtures to the YPG, suggesting some level of autonomy could eventually be discussed, but Assad's latest comments augur poorly for any future talks.