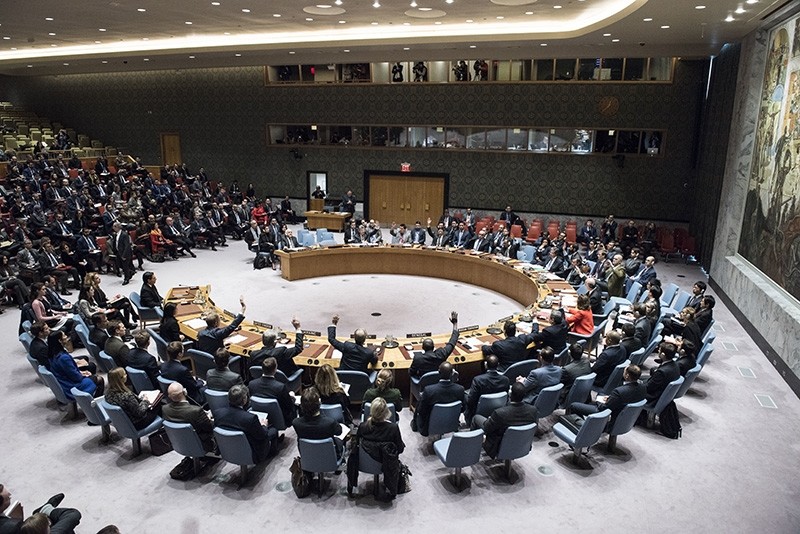 The U.N. Security Council on Tuesday voted to renew cross-border aid deliveries to Syria's opposition-held areas for one year, but Russia abstained and said the relief operation should wind down.

Russia had demanded changes to the aid operation that has allowed since 2014 convoys to cross into Syria from Turkey and Jordan without the approval of the Assad regime in Damascus.

Russian Deputy Ambassador Vladimir Safronkov argued that the situation in Syria had "changed radically" over the past three years and that cross-border aid was "a legacy of the past."

"We think it is important to gradually draw down this rudimentary scheme which has worked for Syria's division," said Safronkov.

The resolution put forward by Egypt, Japan and Sweden was adopted by a vote of 12 in favor, Russia, China and Bolivia abstaining.

The United Nations maintains that the cross-border deliveries are a lifeline to Syrians living in rebel-held territory because the government in Damascus has heavily restricted aid shipments to those areas.

More than 13 million people need humanitarian aid in Syria, now in its seventh year of war.

Cross-border aid reaches one million Syrians per month, on average, according to U.N. aid officials.

The adoption of the resolution extending the aid operation came after Russia used its veto power to block a chemical weapons investigation, triggering a major clash at the council among big powers over Syria.

Russia has used its veto 11 times at the council to thwart action directed at its Syrian ally.

Moscow has argued that the aid operation undermines Syria's sovereignty because aid agencies must notify but not seek permission from Damascus for the deliveries inside Syria.

Safronkov said aid agencies must return to the "traditional" approach of working with the Assad regime on providing humanitarian assistance to the entire country.

The United Nations must "make plans for a gradual withdrawal from this cross-border scheme," he said.