At least 20 civilians killed in suspected Russian airstrikes in Syria 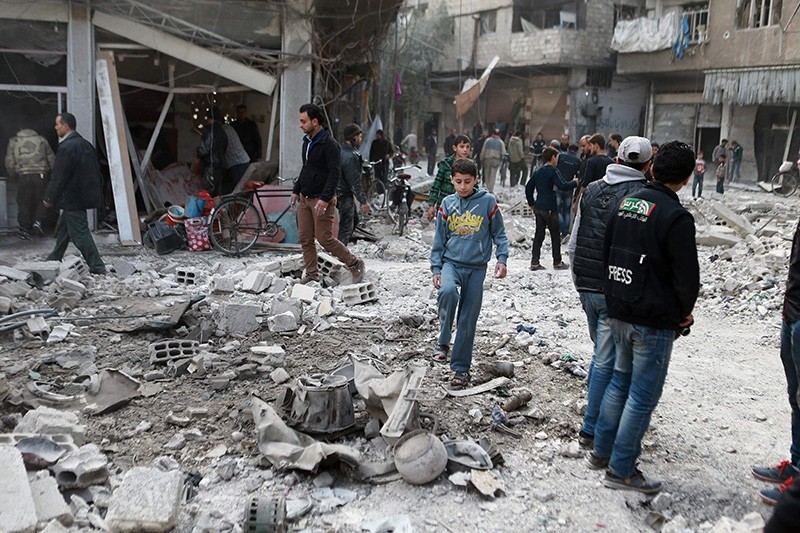 Suspected Russian jets killed at least 20 civilians and wounded dozens early Thursday when they dropped bombs on two residential buildings in a besieged opposition enclave east of the Syrian capital, residents and a war monitor said.

They said at least four bombs flattened the two buildings in the town of Misraba, wounding more than 40 people, while at least 10 people were killed in aerial strikes in nearby towns in the last opposition stronghold near the capital.

The U.K.-based Syrian Observatory for Human Rights, a war monitor, said 11 women and a child were among the dead in the strike in Misraba.

Video footage downloaded by activists on social media showed children and women being pulled from the rubble by rescue workers. The footage could not be independently confirmed.