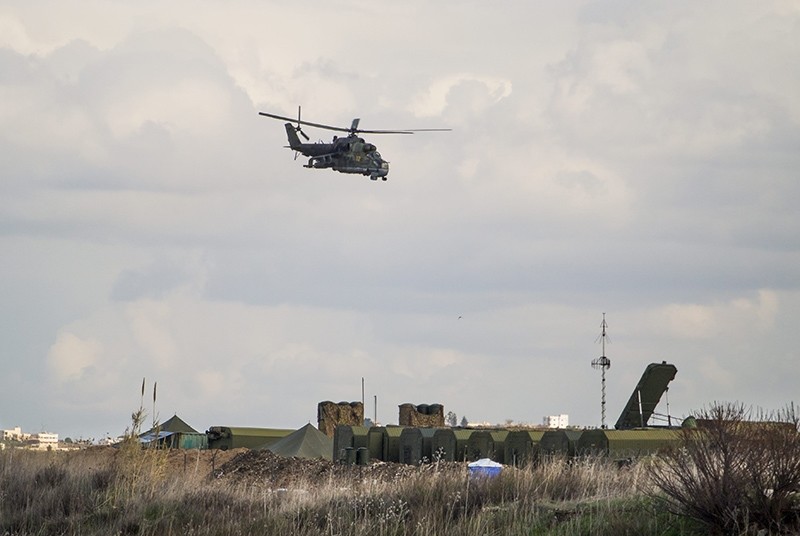 A Russian helicopter gunship flies on patrol while air defense missile systems are seen in the background, bottom, at Hemeimeem air base in Syria, Jan. 20, 2016. (AP Photo)
by Compiled from Wire Services Jan 08, 2018 12:00 am

The Russian Defense Ministry said there were no casualties or damage as a result of the attacks, which involved thirteen armed drones, on its Hemeimeem air base and Tartus naval base in western Syria, the agencies reported.

Russian forces were able to overpower radio signals for some of the drones and gain control of them during the incident on Friday night, the Defence Ministry said in a statement.

Other drones were destroyed with missiles, the statement said, adding that the drones were carrying foreign, professionally manufactured explosives.

The ministry said last week that two Russian service personnel were killed in a mortar attack on the Hemeimeem base on Dec. 31.

Russia — the main backer of the Assad regime — intervened in Syrian conflict in 2015. Since then the regime had been able to take control of most of the territories previously held by the opposition, Daesh or other terror groups.