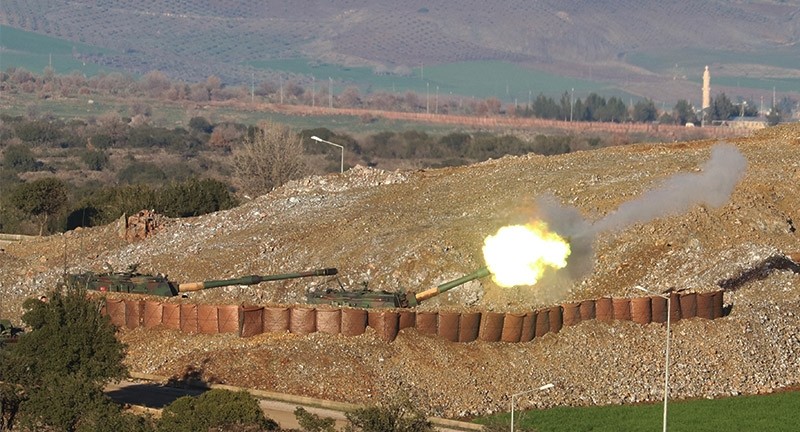 Turkish howitzers respond to the attacks of PYD terrorists in Syria's Afrin from Turkey's Hatay border-province. (IHA Photo)
by Anadolu Agency Jan 20, 2018 12:00 am

The Turkish military retaliated against attacks of the PYD/PKK terror group from Syria's Afrin on Jan. 19-20, destroying shelters and hideouts, a military statement said.

The statement by Turkey's General Staff said the army hit the terrorist group's shelters within the scope of legitimate self-defence.

Turkish military units are already deployed in Afrin, a district of Aleppo under siege by the PYD/PKK terrorist organization located near the Turkey-Syria border.

The PYD/PKK is the Syrian offshoot of the PKK, which is listed as a terrorist organization by Turkey, the U.S., and EU.