5,783 civilians killed in Syria over past 2 years, NGO says 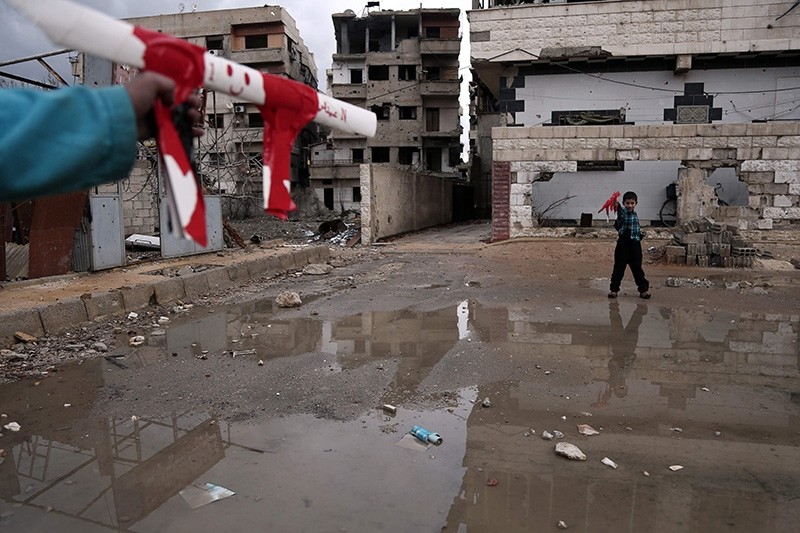 Syrian children play with cardboard guns in the opposition-held town of Harasta, in the Eastern Ghouta region on the outskirts of Damascus (AFP Photo)
by Anadolu Agency
Jan 27, 2018 12:00 am
A total of 5,783 civilians were killed in Syria, mainly by the Russian forces, over the last two years, according to a report released by Syrian Network for Human Rights (SNHR) on Saturday.

It said nearly 2.3 million individuals were displaced as a direct result of the Russian offensives along with their allies.

At least 294 "massacres" were committed by the Russian forces, while 141 attacks targeted the medical facilities, leaving at least 53 medical personnel dead, according to the report.

Syria has been locked in a vicious civil war since early 2011 when the Assad regime cracked down on pro-democracy protests with unexpected ferocity. Since then, hundreds of thousands of people have been killed and more than 10 million others displaced, according to U.N. officials.
Last Update: Jan 27, 2018 10:15 pm