Syria may be developing new chemical weapons, US officials warn 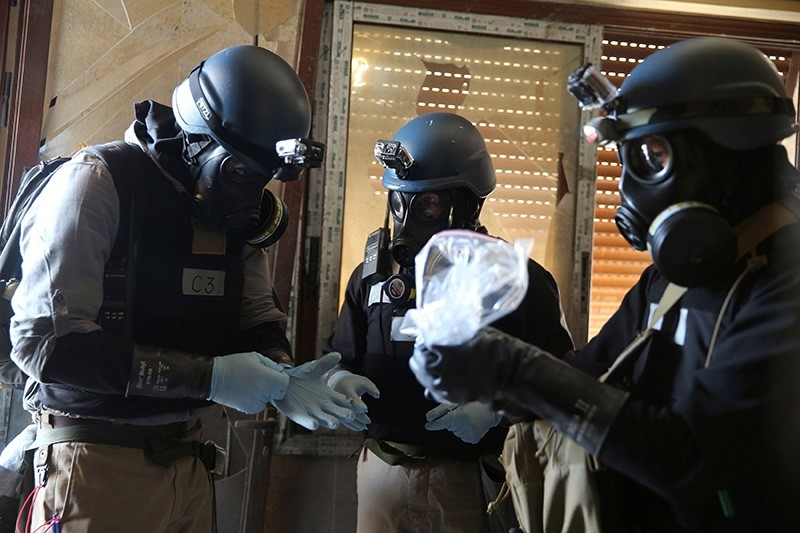 A U.N. chemical weapons expert, wearing a gas mask, holds a plastic bag containing samples from one of the sites of an alleged chemical weapons attack in the Ain Tarma neighbourhood of Damascus, Syria August 29, 2013. (Reuters Photo)
by Compiled from Wire Services Feb 01, 2018 12:00 am

The Trump administration is prepared to again take military action against Syrian government forces if necessary to deter the use of chemical weapons and is concerned they may be developing new methods to deliver such weapons, senior U.S. officials said on Thursday.

Forces loyal to Bashar al-Assad have continued occasional use of chemical weapons in smaller amounts since a deadly attack last April that drew a U.S. missile strike on a Syrian air base, the officials told reporters in a briefing.

If the international community does not act quickly to step up pressure on Assad, Syria's chemical weapons could spread beyond Syria and possibly even to the United States, one of the officials said, speaking on condition of anonymity. "It will spread if we don't do something," the official warned.

The officials also said the Daesh terror group kept using chemical weapons such as sulfur mustard and chlorine. The officials said the terrorists were using shells or improvised explosive devices to deliver the chemicals.

The officials weren't authorized to discuss the assessment on the record and briefed reporters on condition of anonymity.