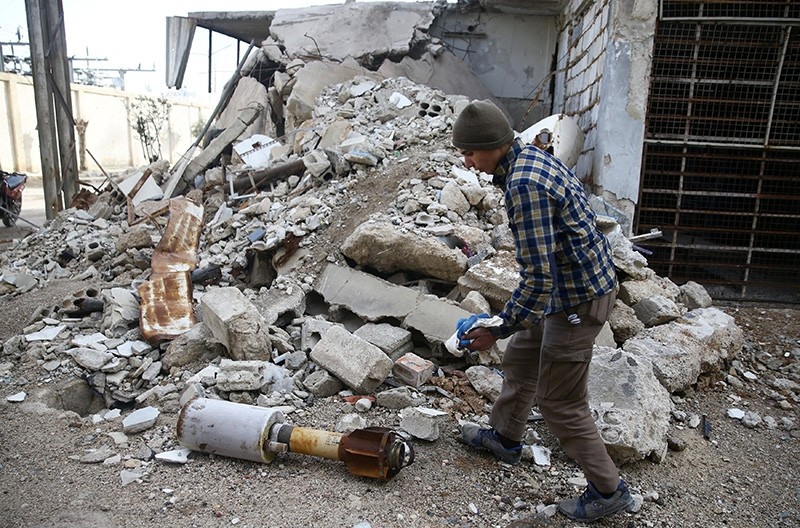 Bombardment by the Assad regime killed at least seven civilians Friday in the opposition-held Syrian enclave of Eastern Ghouta, east of Damascus, a monitoring group reported.

The bloodshed came a day after the latest suspected chlorine attack by the regime of Bashar al-Assad on Ghouta, which has been besieged by regime forces since 2013.

Senior U.S. administration officials on Thursday said President Donald Trump did not rule out military action, such as the cruise missiles fired at a Syrian airfield in April 2017.

On Friday, at least three civilians, including a child, were killed in air strikes on the town of Arbin, the Syrian Observatory for Human Rights said.

The Britain-based war monitor, which relies on a network of sources on the ground across Syria, said shelling killed another four civilians, including in Ghouta's main town of Douma.

The Observatory could not confirm local reports of a chlorine attack on the Eastern Ghouta region on Thursday but it reported at least two likely uses of chlorine in attacks in January.

U.S. Defense Secretary Jim Mattis said Friday that chlorine gas was known to have been weaponized "repeatedly" in attacks in Syria lately.

"We are even more concerned about the possibility of sarin use, and we are looking for the evidence," he said.

Syria's war has killed more than 340,000 people and displaced millions since it began in March 2011 with the brutal repression of anti-government protests.