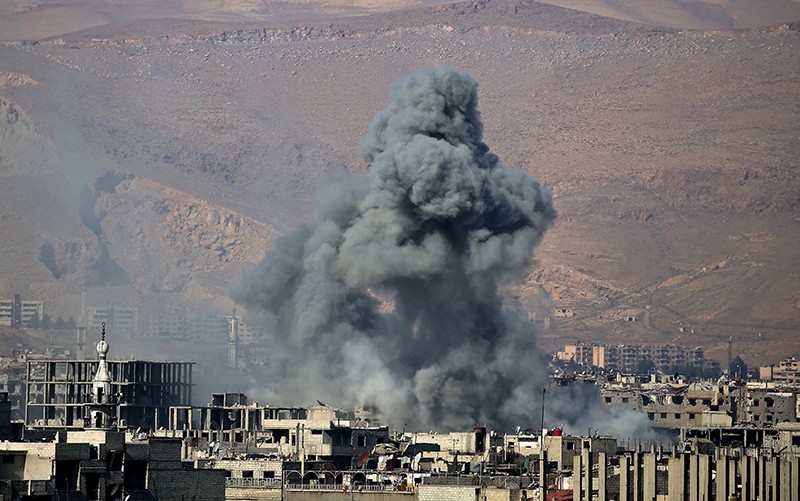 Smoke billows from an area that was targeted by Assad regime forces airstrikes in the oppoisition-held town of Arbin, on the outskirts of Damascus, Syria, Feb. 1, 2018. (AFP Photo)
by Compiled from Wire Services Feb 05, 2018 12:00 am

At least 23 civilians were killed on Monday as Assad regime airstrikes pounded the opposition-held enclave of Eastern Ghouta near Syrian capital Damascus, a monitor said.

Four children were among those killed, the U.K.-based Syrian Observatory for Human Rights monitor said, with the deadliest raids hitting a market in the town of Beit Sawa and killing nine civilians.

The activist-run Ghouta Media Center also reported that 23 were killed. The Observatory said at least 70 have been wounded and that the number of casualties is likely to climb as rescuers operations are underway.

Among those killed was a rescue worker from the first-responders team known as White Helmets. The two groups say he died on duty in Arbeen, one of the neighborhoods hit by the airstrikes.

An estimated 400,000 residents live in Eastern Ghouta, besieged by the Assad regime.