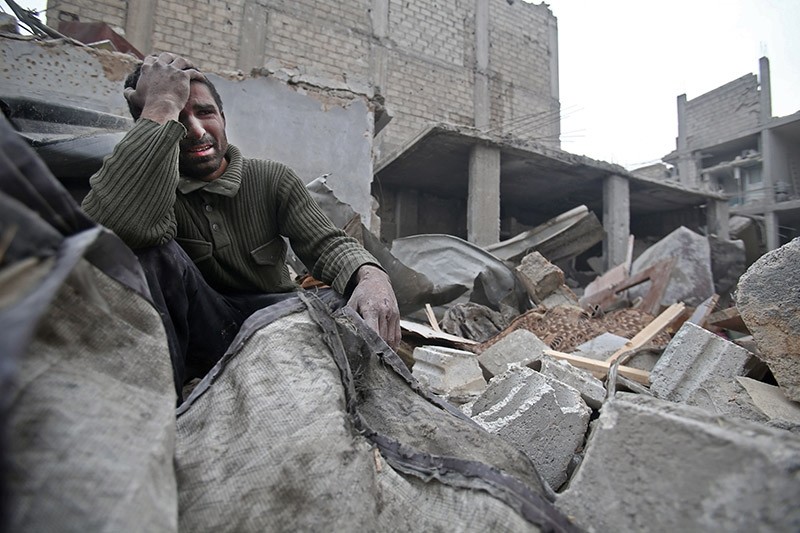 A Syrian man mourns over his destroyed home in the rebel-held besieged town of Arbin, in the eastern Ghouta region on the outskirts of the capital Damascus on February 5, 2018, following airstrikes. (AFP Photo)
by Compiled from Wire Services Feb 06, 2018 12:00 am

The Britain-based war monitor said Assad regime aircraft and shelling hit the towns of Harasta, Hamouriya, Douma and other parts of the eastern Ghouta pocket near the capital.

Several children were among Monday's dead.

On Wednesday, airstrikes killed another 23 civilians, including five children, the Syrian Observatory for Human Rights said.

The latest bloodshed came a day after strikes and shelling killed at least 31 civilians in the area, which has been besieged by regime forces since 2013.

The raids also came after a heated exchange between the United States and Russia at the United Nations over the reported use of chemical weapons by Bashar al-Assad's regime.

Russia, Assad's main backer, retorted that "no perpetrators have been identified" and accused the United States of orchestrating a "propaganda campaign" against the Syrian government.