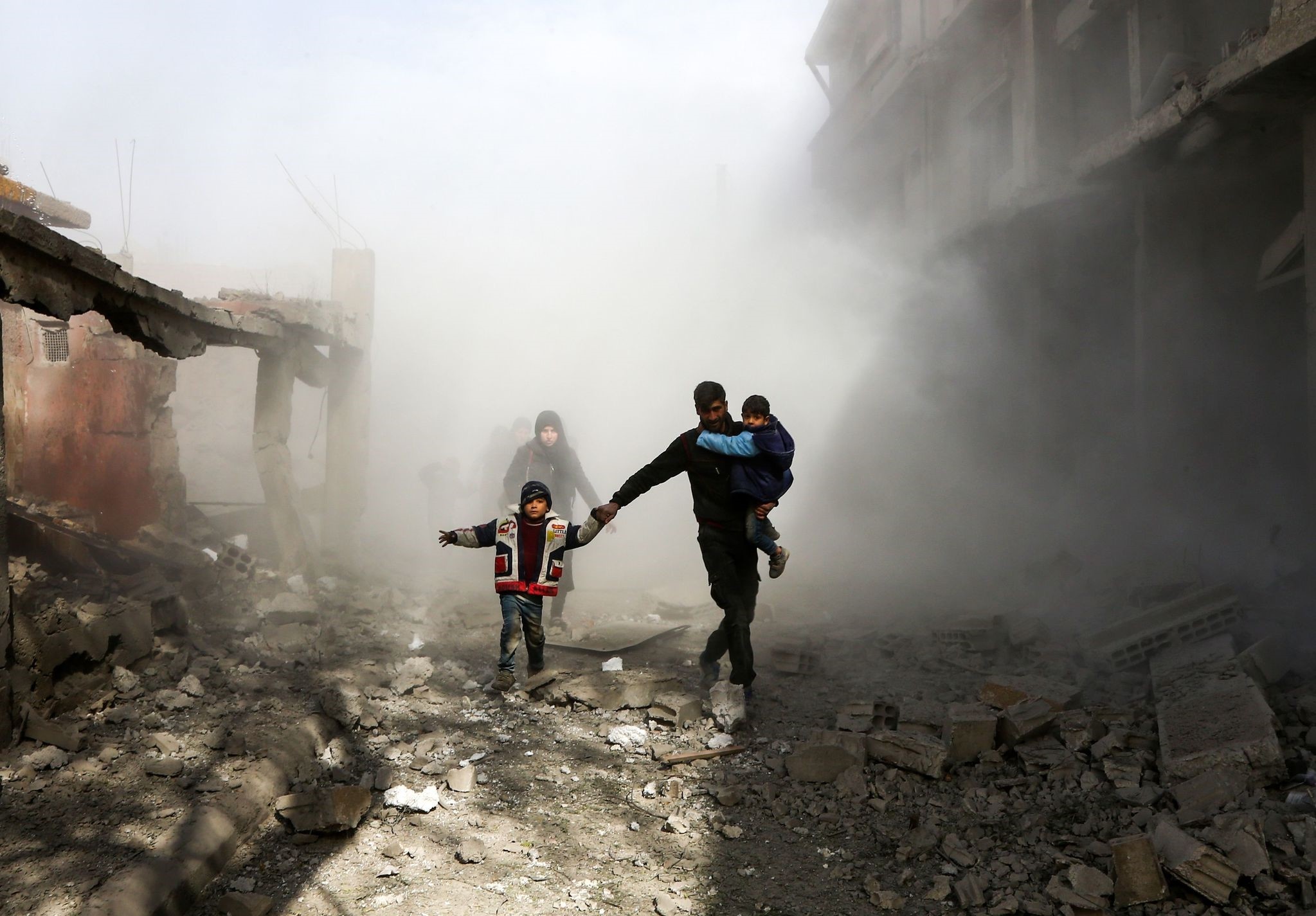 Syrian civlians flee from reported regime air strikes in the rebel-held town of Jisreen, in the besieged Eastern Ghouta region on the outskirts of the capital Damascus, on February 8, 2018. (AFP Photo)
by Compiled from Wire Services Feb 08, 2018 12:00 am

The United States demanded Thursday that the Assad regime and Russian forces put an end to their latest round of air strikes and alleged chemical attacks against besieged civilians.

In a statement from the State Department, Washington threw its weight behind a UN call for a ceasefire in opposition-held Eastern Ghouta and demanded that Moscow rein in its ally.

At least 54 civilians have been killed in the regime's airstrikes in Syria's Eastern Ghouta on Thursday, according to sources from Syrian Civil Defense.

The airstrikes on civilian residential areas killed 19 in Arbin, 17 in Jisrin, 2 in Zamalka, 3 in Sabka, 3 in Misraba, 7 in Hamuriya, 1 in Bayt Sava and another in Madyara neighborhoods, the sources told Anadolu Agency.

Civil Defense units, also known as the White Helmets, were dispatched to the scene for search and rescue as the death toll was feared to increase.

The regime forces have been conducting intensified airstrikes on the region since Thursday morning.

Located in the outskirt of capital Damascus, Eastern Ghouta was declared a de-escalation zone in which acts of aggression are forbidden.

The Syrian regime, however, has repeatedly violated the deal and has targeted residential areas in the city killing a total of 503 people and leaving around 2,000 others injured since Dec. 29, 2017.

Home to roughly 400,000 residents, Eastern Ghouta has remained under a crippling regime siege for the last five years.

Syria has been locked in a devastating civil war since March 2011, when the Assad regime cracked down on pro-democracy protests with unexpected ferocity.

While UN officials say hundreds of thousands of people have been killed in the conflict, regime officials say the death toll is closer to 10,000.