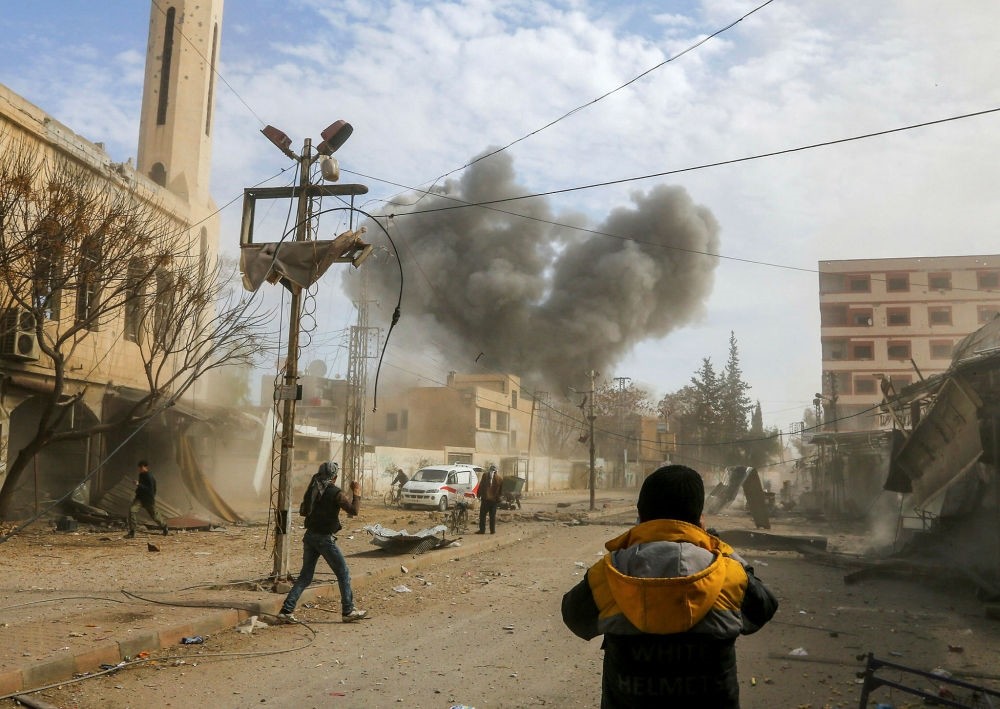 Amid cease-fire efforts to provide humanitarian assistance in Syria, the U.N. presented a revised draft resolution calling for a 30-day cease-fire, which is expected to be voted next week

Sweden and Kuwait presented a revised draft U.N. Security Council resolution on Thursday calling for a 30-day ceasefire in Syria that diplomats said could win backing from Russia. The new text, obtained by AFP, specifies that the 30-day humanitarian truce would not apply to the Daesh terrorist group or al-Qaeda. Diplomats said the change could address Russia's concerns over the proposed resolution demanding the ceasefire to allow urgent deliveries of humanitarian aid. A vote on the measure is expected next week.

The council is considering the 30-day truce following a surge in violence across Syria, including in the opposition-held enclave of Eastern Ghouta, where a government bombing campaign has killed more than 240 civilians in five days. The draft resolution specifies that the ceasefire would go into effect 72 hours after adoption by the council. Deliveries of urgently needed food and medical supplies would begin 48 hours after the start of the ceasefire as would medical evacuations, according to the text. The measure would also call on all parties to immediately lift sieges, including in Eastern Ghouta, Yarmouk, Foua and Kefraya. All sides in Syria must "cease depriving civilians of food and medicine indispensable to their survival," and allow evacuations of Syrians who want to leave, said the text.

Last week was one of the bloodiest in the nearly seven-year-old conflict as Bashar Assad forces, who are backed by Russia and Iran, bombarded two of the last major opposition areas of Syria; Eastern Ghouta and the northwestern province of Idlib. Since Feb. 5, Bashar Assad's regime has intensified its bombardment, killing more than 245 civilians, including dozens of children. The besieged enclave, just east of the capital, is supposed to be one of four "de-escalation zones" declared last year in a bid to reduce the bloodshed.

Negotiations on the draft resolution began last week after the council failed to back an appeal by U.N. aid officials for a month-long humanitarian pause in fighting. Sweden and Kuwait, which lead efforts to address the Syrian humanitarian crisis at the Security Council, presented a first draft resolution on Friday.

Russian Ambassador Vassily Nebenzia last week said that it was "not realistic" to impose a ceasefire because armed groups fighting Syrian President Bashar al-Assad's forces were unlikely to uphold it. Russia has resorted to its veto power at the council 11 times to block resolutions targeting its Syrian ally.

Syria has been locked in a devastating civil war since March 2011, when the Assad regime cracked down on pro-democracy protests with unexpected ferocity. While U.N. officials say hundreds of thousands of people have been killed in the conflict, Syrian regime officials say the death toll is closer to 10,000. More than 13.1 million Syrians are in need of humanitarian aid, including 6.1 million who have been displaced within the country during the nearly seven-year war, according to the U.N.