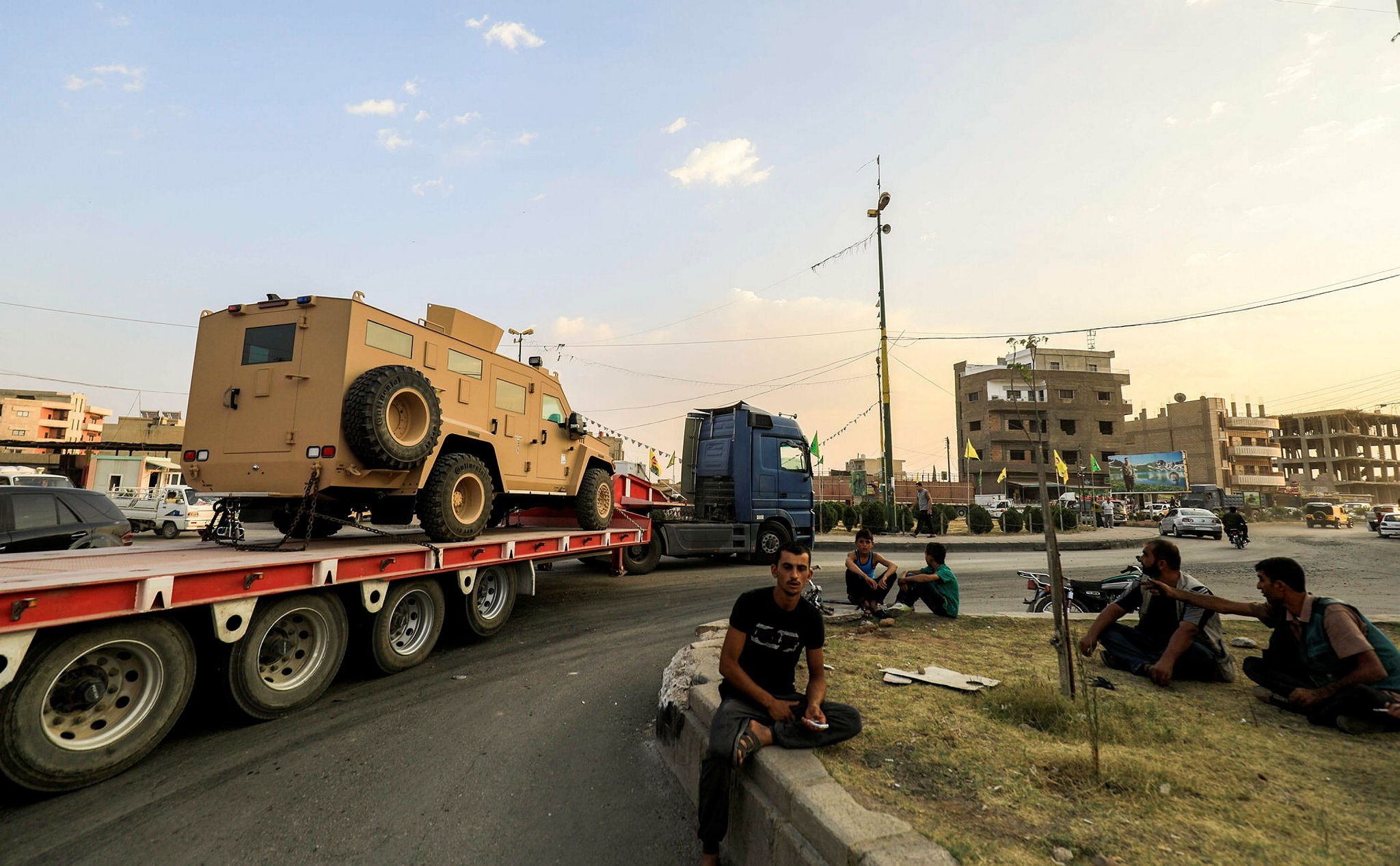 Men watch as a military convoy carrying US-made armored vehicles, bulldozers, and arms headed for YPG terrorists in Raqqa, passes through the northeastern Syrian city of Qamishli on September 19, 2017. (AFP file photo)
by Daily Sabah with AFP Feb 18, 2018 12:00 am

At least four people were killed on Sunday in a car bomb blast in Syria's northeastern Qamishli, a war monitor said.

The Syrian Observatory for Human Rights said another three people were also wounded when "an explosion went off inside a car in the city's Al-Gharbi neighborhood."

Rami Abdel Rahman, the head of the Britain-based Observatory, could not confirm whether the casualties were civilians or combatants.

Qamishli is mostly under the control of the Syrian affiliate of the globally-recognized terrorist group PKK, the PYD/YPG, though Assad regime forces have a limited presence in the city's "security quarter."

It has been targeted with car bombs on multiple occasions during Syria's seven-year conflict, many of them claimed by Daesh terrorist group.

But the city had been quiet for months before Sunday's blast.

In September, a motorcycle bomb killed a child and wounded seven people, in an attack that YPG terrorists blamed on a pro-Assad militia.

Syria's uprising broke out in March 2011 with protests against the regime.

Regime forces withdrew from the country's YPG-majority areas in 2012, paving the way for terrorists to set up a system of self-rule.