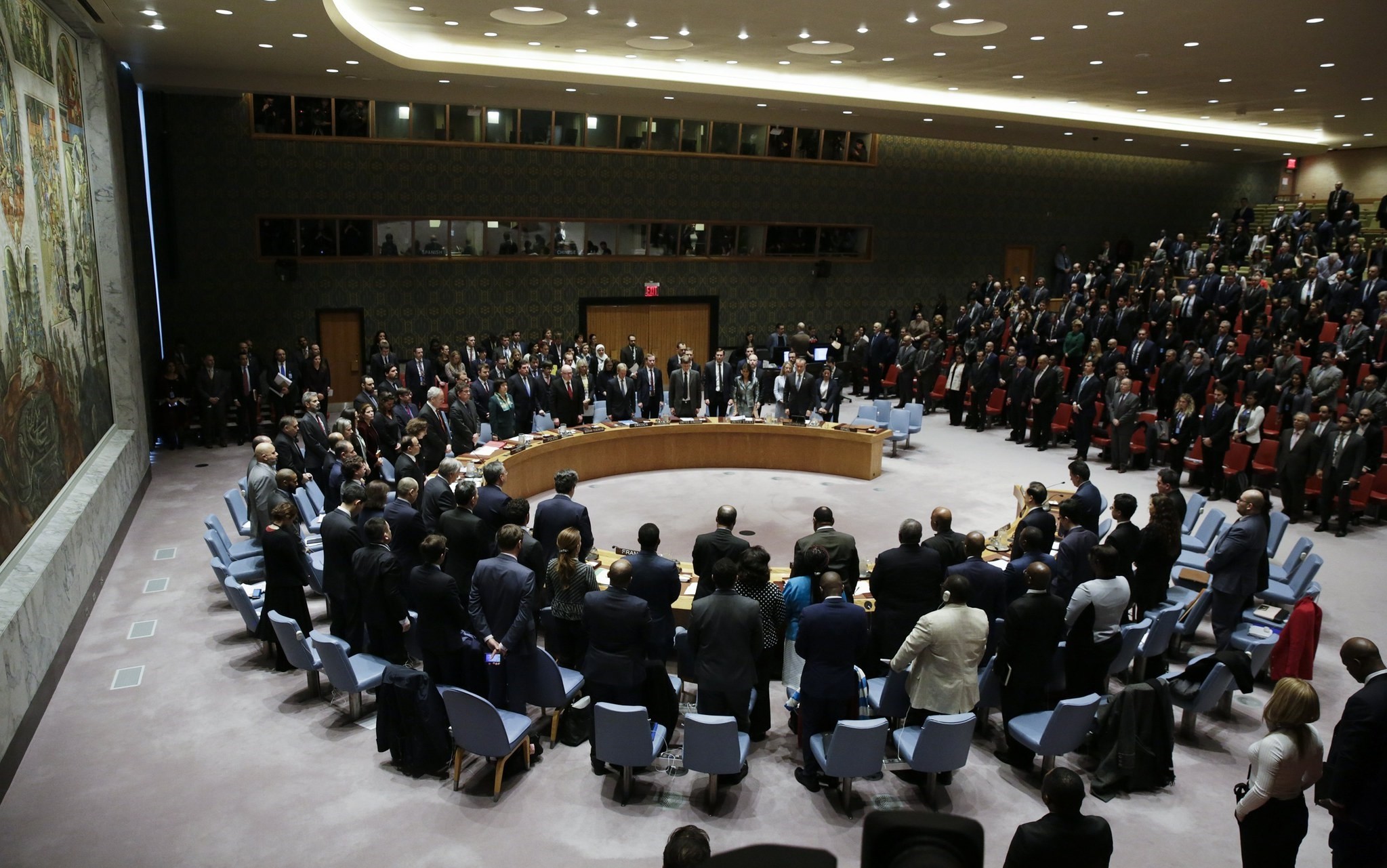 Russia wants the U.N. Security Council to meet publicly on Thursday to discuss the situation in Syria's eastern Ghouta, where pro-regime forces are bombarding the besieged opposition-held enclave near Damascus.

"This is necessary given the concern that we've heard today in order to make sure that all parties can present their vision, their understanding of this situation and come up with a ways of getting out of this situation," Russian U.N. Ambassador Vassily Nebenzia told the 15-member council on Wednesday.

"I think it is necessary given the concerns that we heard today in order to make sure that all parties present their understanding of this situation and come up the ways of getting of of this situation," he said.

"This is a human tragedy that is unfolding in front of our eyes, and I don't think we can let things go on happening in this horrendous way," he added.

The Russian ambassador later said the appeals from the UN chief and Western powers to halt the violence in Eastern Ghouta were one-sided and did not consider the Syrian regime's stance.

"There are terrorists there who the Syrian army is fighting and the terrorists are shelling Damascus," Nebenzia said, adding "that is being neglected."

"It's a complex situation and not just a one-way street," he said, according to remarks released by the Russian mission.

Guterres expressed support for a bid at the Security Council to agree on a draft resolution demanding a 30-day ceasefire in Syria to allow for deliveries of humanitarian aid and medical evacuations.

Sweden and Kuwait presented the measure to the council on February 9, but negotiations have been tough-going, with Russia raising objections to the proposed truce, diplomats said

"I fully support that effort, but I believe Eastern Ghouta cannot wait," Guterres told the council.

The negotiations have dragged on as Syrian regime forces backed by Russia have escalated a fierce offensive on Eastern Ghouta.

Home to some 400,000 civilian residents, Eastern Ghouta has remained under a crippling regime siege for the last five years.

The Syrian regime army had already waged a ferocious five-day air assault on the area earlier this month that left around 250 civilians dead and hundreds wounded.

Since Sunday, the intensified strikes by the regime of Bashar Assad have killed some 300 civilians and wounded 1,400 others.