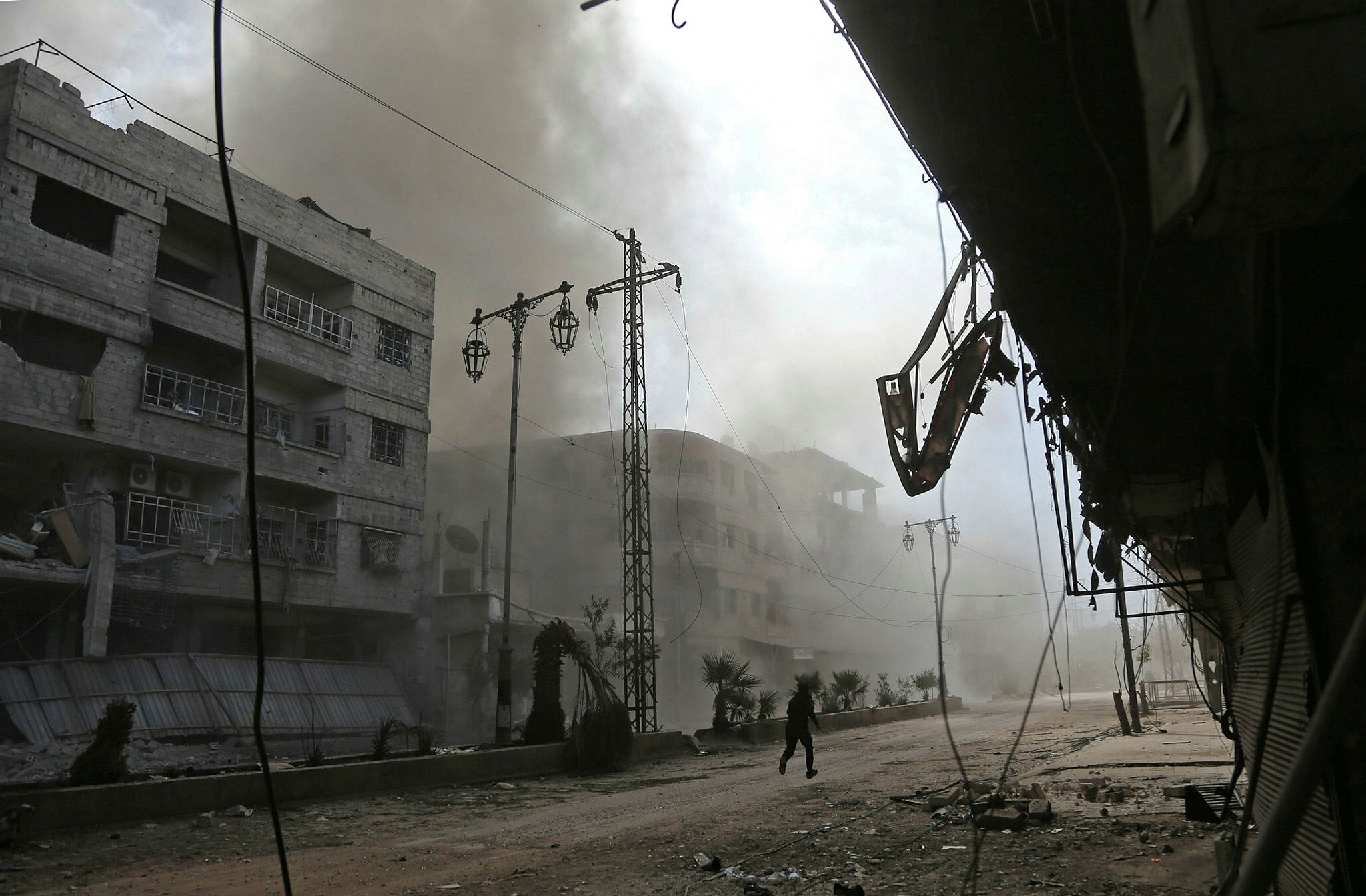 Similar to what happened in Aleppo last year, Eastern Ghouta is experiencing the brutality of the Syrian regime and Russia, with both targeting any positions they see as threats in the densely populated and besieged Damascus suburb

It was slightly more than a year ago when the Russian air force and Damascus regime heavily bombed the opposition in Aleppo. The images taken in the city were very graphic and were not published in the media. Today, the same thing is taking place in Eastern Ghouta near Damascus.

In the enclave where 400,000 people are trapped, they are literally waiting to die, residents say. In two days more than 250 people have been killed while the Britain-based Syrian Observatory for Human Rights said it was the deadliest bombing run since a 2013 chemical attack.

Although the regime and Russia deny that they target civilians, videos and photos circulating on social media show that hundreds of civilians are being killed, including infants. Despite the perpetrators' denials, videos and residents confirm the use of barrel bombs.

Things are easier for the regime in Eastern Ghouta, a besieged city located near Damascus. Far from any border, encircled by the regime-held areas and frequently subjected to intra-opposition conflict, Eastern Ghouta has a less complicated situation in terms of the influences of certain actors.

Despite that as many as 400,000 people live in the city with insufficient medical facilities and food, the regime is freer to conduct attacks and continue blocking the delivery of international aid.

The latest attacks made the need for aid more acute as the regime and the Russian air force have carried out several attacks in Eastern Ghouta, completely destroying certain areas. Anadolu Agency (AA) reported that more families started to live in shelters after their homes were destroyed.

Residents face the worst conditions due to lack of aid, medical equipment and the continuing aerial assaults. Bilal Abu Salah, 22, whose wife is five months pregnant with their first child in the biggest Eastern Ghouta town of Douma told Reuters: "We are waiting our turn to die. This is the only thing I can say. Nearly all people living here live in shelters now. There are five or six families in one home. There is no food, no markets."

U.S. State Department spokeswoman Heather Nauert also criticized the "siege and starve tactics" of the Syrian regime and said: "The cessation of violence must begin now."

The regime is also accused of targeting medical facilities.

"Eastern Ghouta is home to more than 400,000 people living under crippling government siege, with little access to food or medical resources. The United Nations said six hospitals had been hit in the region in the past 48 hours, in addition to the one in Arbin. At least three were out of service and two were only partially functioning," the U.N.'s regional humanitarian coordinator for Syria, Panos Moumtzis, said.

"It's beyond imagination what is happening in East Ghouta today," he said. "The untold suffering is intolerable and residents have no idea whether they will live or die. This nightmare in East Ghouta must end and must end now."

Hours before the Arbin hospital was bombed, a doctor there spoke of the casualties they had been treating, an Agence France-Press (AFP) report said yesterday.

When compared to the situation in Aleppo last year, the recent developments indicate that it could be even worse in Eastern Ghouta, as it is apparent that the region is far from attracting attention of any other regional or international power and is not considered as strategically important.

Although the U.N. considers the siege and deprivation of water and food to be war crimes, there has been no successful attempt to break the siege. The failure of aid deliveries points to the U.N.'s difficulty in tackling the humanitarian crisis.