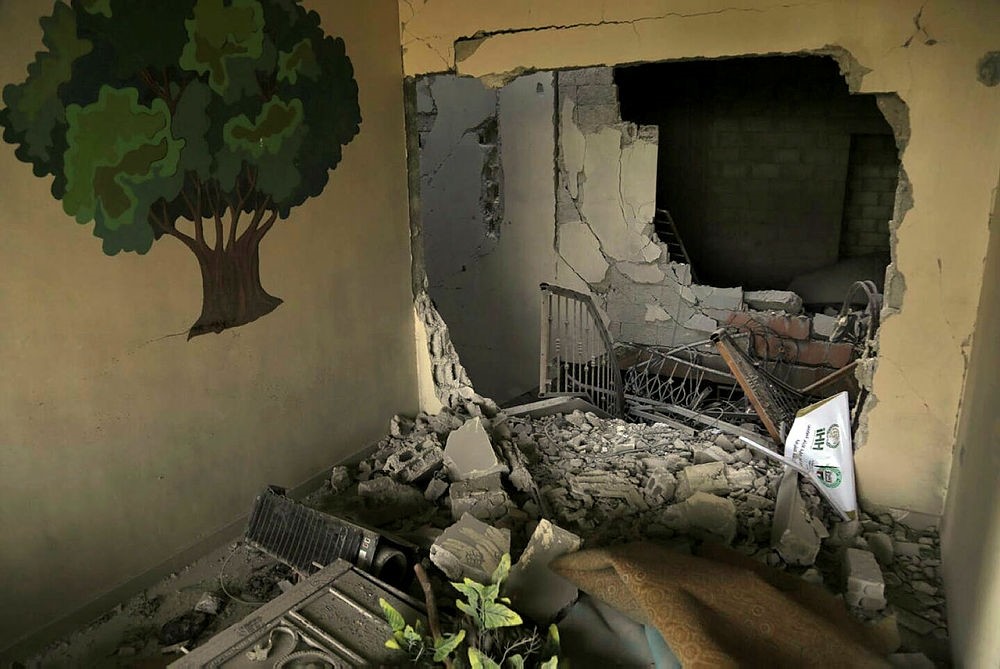 A 4-year old Syrian girl was killed Thursday in a regime airstrike that targeted an orphanage run by one of Turkey's leading aid agencies and the Kuwaiti Bayt al-Zakat foundation in Syria's besieged Eastern Ghouta district, a suburb of Damascus.

Speaking to the press, Erhan Yemelek, the Syrian coordinator for Turkey's Humanitarian Relief Foundation (IHH), said the girl's father was also injured in the airstrike that hit the orphanage's garden.

Yemelek said the facility was built 13 months ago and has become completely inoperable due to the damage caused by the attack.

The IHH official said it was the second regime attack to the orphanage, which shelters more than 50 children. The death toll would be higher if the agency did not move the orphans to a safer location after the first attack in November, he added.

Since Tuesday, regime forces have stepped up attacks on the district using barrel bombs, artillery and other types of weapons, according to an Anadolu Agency correspondent based in the area.

Over a three-day period, the regime has reportedly carried out 260 separate attacks in Eastern Ghouta, killing more than 250 civilian residents of the district.

Home to some 400,000 civilian residents, Eastern Ghouta has remained under a crippling regime siege for the last five years, which has brought the district to the verge of humanitarian catastrophe.

Syria has been locked in a devastating conflict since early 2011 when the Assad regime cracked down on demonstrators with unexpected ferocity.