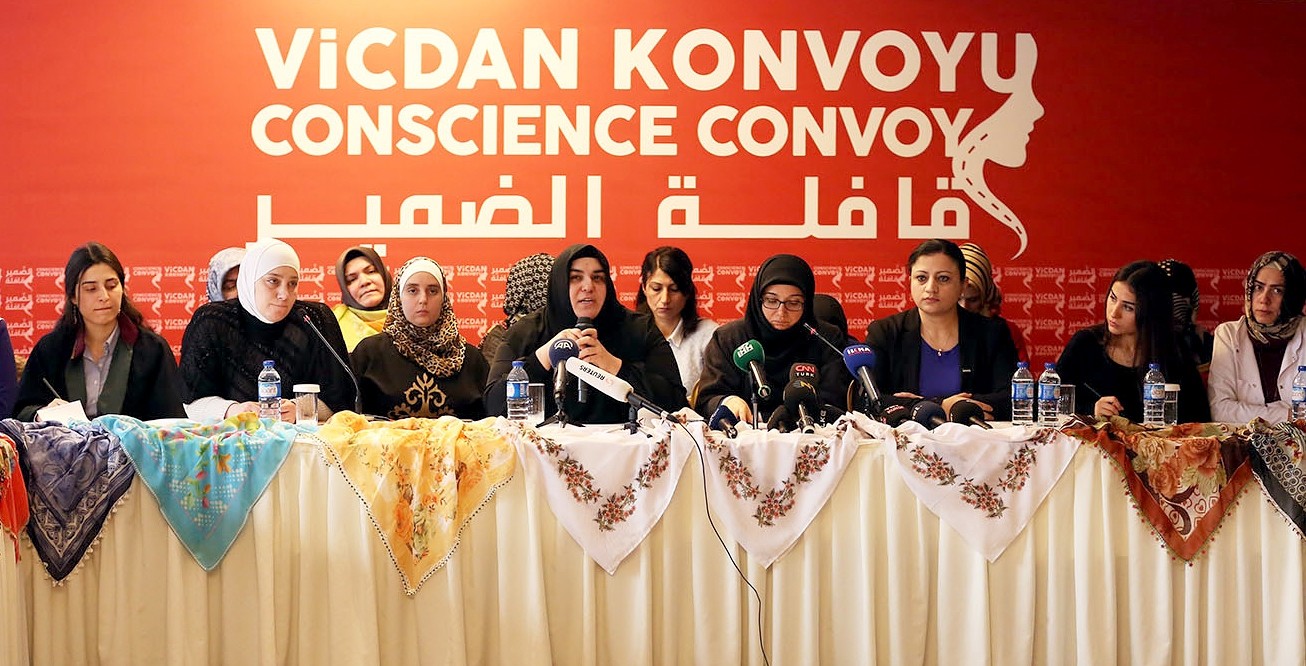 Thousands of Syrian women languishing in prisons run by the Assad regime have faced torture and rape, a Turkish lawyer who is leading an all-women's convoy to raise voices of protest against the human rights abuses said.

Nearly 150 buses will be part of the convoy, which will set off from Istanbul on March 6, making stops at the provinces of Izmit, Sakarya, the capital Ankara and Adana before reaching the southern Hatay province along the Turkish-Syrian border.

Gülden Sönmez, the Turkish lawyer, said the Conscience Convoy has identified 13,581 women by name who have suffered in these prisons since the beginning of the war in 2011.

"Some of these women lost their lives as a result of torture and rape in prison, while others are waiting to be rescued," she said.

Sönmez said her team had spoken to more than 100 Syrian women who suffered torture in these prisons and are now living as refugees in Turkey.

"They told us what happened to them, what happened to young girls. The Assad regime is using the bodies of women as a tool to win this war. The world is silent. These women are screaming loudly in these prisons, but no one hears their voices," she said.

Speaking about the convoy, Sönmez said it will reach the border on March 8 to mark International Women's Day, "the right opportunity to highlight the trauma these women have faced".

The convoy will include women of more than 50 nationalities.

"From Latin America to Japan, from Mongolia to South Africa, Kenya to Britain, Europe to Southeast Asia, many countries responded to our call," she said.

The women, including Syrian refugees, will wear over 6,500 embroidered scarves, symbols of the suffering prisoners.

"Buses from across Turkey will join the convoy, including our most valuable participants on this journey, Syrian women refugees," she said.

Women parliamentarians from Pakistan and Algeria will also be part of the movement.

She added that Bosnian women were among the first to respond to their call.

As part of the campaign, participants wrote letters to the UN, the Organization of Islamic Cooperation, the Arab League, and the African Union.

"Hopefully, international groups will respond to our call and take action against the continued atrocities," she said, stressing that the regime forces are involved in war crimes.

The convoy also wants the UN secretary-general to tackle the issue of imprisoned Syrian women.

"This issue shouldn't just be in the spotlight on March 8, but until these women are free," she said.