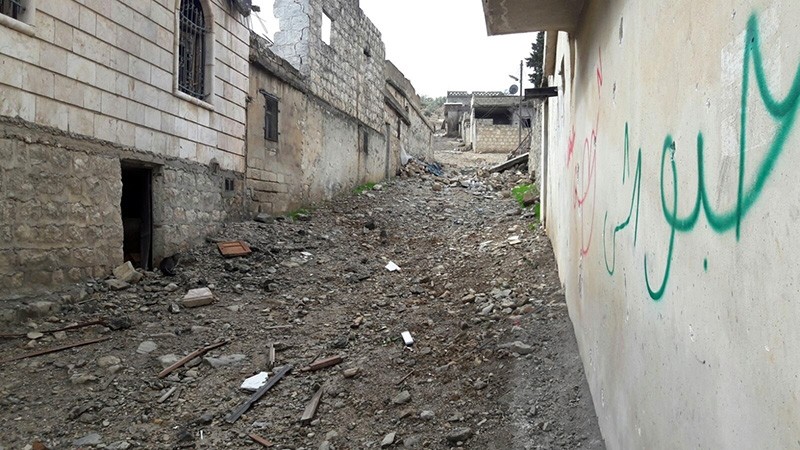 Speaking to Anadolu Agency on the condition of anonymity, the reliable local sources said one of them is Said Ismet Gubar, who serves as the so-called justice minister in the province which the YPG/PKK group occupied.

Gubar fled to Nubl, a small city in northern Syria, which appears to be under the control of Assad regime but is actually occupied by Iran-backed armed groups.

The terrorist organization continues to negotiate with Iran-backed groups to get Gubar back, the sources said.

According to the same sources, another senior member, who tried to escape from Afrin, was the group's so-called Interior Minister Hasan Bayram.

Bayram, who tried to leave the city through al-Zeyara village which links Afrin to the regime-held area, was apprehended by YPG/PKK members.

Bayram, whose attempt to escape failed, was also said to be carrying a large amount of money with him.

Moreover, scores of other ringleaders from the cadres of Qandil Mountain -- the main base of the PKK near the Iranian border -- have left Afrin's city center, the sources added.