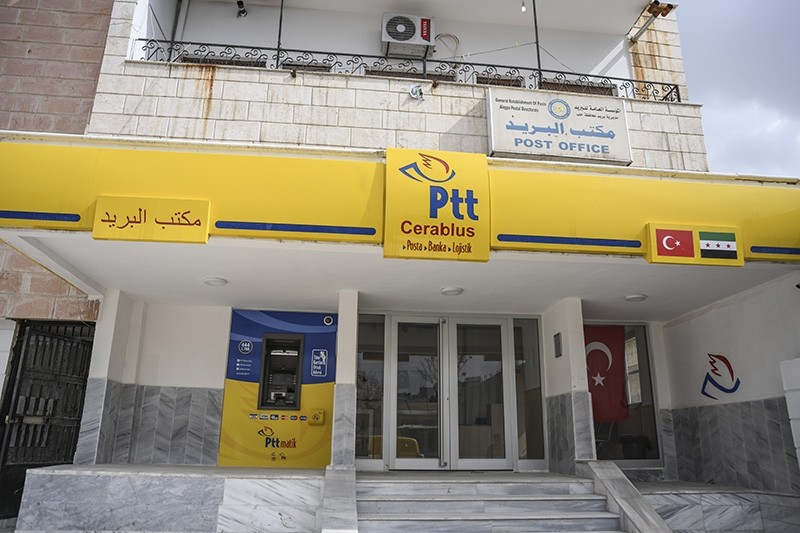 The Turkish postal service PTT is now serving a Syrian city liberated from terrorists in 2016 by Turkish soldiers.

A PTT branch in Jarablus, Aleppo has been providing mail, money transfer, and logistical services for Syrians as well as local Turkish officials since last November.

Jarablus was liberated from Daesh terrorists by Turkey's Operation Euphrates Shield in September 2016. The operation, which concluded in March 2017, was meant to clear terrorists from areas of Syria bordering Turkey.

The Jarablus PTT is also used to pay salaries to local police forces and Turkish civil servants working in the city.

The branch also handles money, mail, and cargo transfers using the same rates as inside Turkey.

Since the city's liberation, Turkey has been supporting normalization in Jarablus by supporting healthcare, education, and safety services for locals.

In fall 2016, Turkey's Health Ministry opened a hospital to service thousands of people.

Various Turkish humanitarian aid groups such as the Humanitarian Relief Foundation (IHH) are also helping in both Jarablus and other regions of Syria.